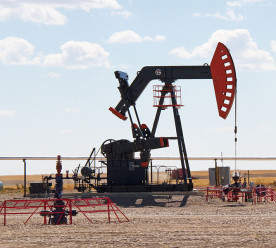 The Global Commission on Business and Sustainable Development – co-founded by Unilever CEO Paul Polman – was launched yesterday at the World Economic Forum in Davos. The Commission of business, labour and civil society leaders aims to encourage businesses to take the lead in poverty reduction and sustainable development. It will work over the next year to articulate and quantify the economic case for businesses to engage in achieving the Sustainable Development Goals (SDGs). The initiative aims to explore current and future disruptive business models and map out the new financing mechanisms the world will need to reach the SDGs. It will investigate changes in core business operations and behaviours that go far beyond traditional corporate social responsibility and voluntary partnerships. “There is no business case for enduring poverty” said Polman. “We have an opportunity to unlock trillions of dollars through new markets, investments and innovation. But to do so, we must challenge our current practices and address poverty, inequality and environmental challenges.”  (Unilever)

Toronto-based Corporate Knights’ annual Top 100 Most Sustainable Corporations in the World ranking has been unveiled in Davos. Companies are screened based on transparency and financial performance, and then ranked according to 12 key indicators, including resource productivity, R&D investment, effective tax rates and the ratio between CEO and average pay. Leading the pack is BMW, the German automaker that leapfrogged five competitors this year to take the top spot. Following close behind was Dassault Systemes, a French software company, and Finnish engineering firm Outotec. European companies continued to dominate the ranking, comprising 53 percent of the total. Two countries that have made significant regulatory strides in recent years to improve corporate reporting practices – France and England – feature 18 companies in the Global 100. According to Corporate Knights, the data demonstrates continued improvement over 2015. 87 companies on the Global 100 have now introduced some form of executive compensation based on sustainability performance, up from 85 last year. (Corporate Knights)

A high-profile global campaign, chaired by Tesco CEO Dave Lewis, was launched yesterday at the World Economic Forum. A coalition of 30 leaders from business, governments, UN agencies, foundations and NGOs want to prompt action to reduce the third of all food produced which is never consumed. The aim of the campaign, Champions 12.3, is to build political momentum towards sustainable development goal 12.3 – to halve per capita global food waste levels by 2030. Such volumes result from a combination of overproduction and wastage in the west and spoilage in developing countries. According to UK food waste campaigner Tristram Stuart, Lewis’s position as chair of the coalition is a reflection of how far Tesco has come in tackling the issue. Tesco is the only UK supermarket to report on its food waste to its investors, and has moved forward with initiatives such as committing to use the entire crop of its banana suppliers. “That is the kind of responsibility we want all retailers to take, to look into their supply chains, see how their policies are causing their suppliers to waste food and take responsibility for it,” he said. (The Guardian)

Oil-rich countries of the Persian Gulf region have announced ambitious plans for renewable energy in recent months. While their fossil fuels are produced inexpensively, the renewables solve one of the region’s greatest challenges: water scarcity. “Water is a very expensive commodity in this part of the world and extensively used in the energy sector. Commercial use of renewables can greatly reduce this,” said Adnan Amin, director-general of the International Renewable Energy Agency (IRENA), based in Abu Dhabi. The energy production industry is the second-largest consumer of water in the world after agriculture, particularly among members of the Organization of Petroleum Exporting Countries, according to water technology provider Xylem. According to IRENA, Gulf countries aim to install more than 27 gigawatts of renewable energy by 2030. The sheikdom of Dubai has said that it plans to generate a quarter of its power from clean sources. Implementation of these targets could reduce the region’s annual water use by 16 percent or 11 trillion litres. (Bloomberg Business)

HSBC CEO warns of consequences of abandoning the oil, gas and coal industry

Stuart Gulliver, CEO of HBSC, has made an impassioned plea to activists to stop demonising fossil fuel companies. Speaking at the World Economic Forum in Davos on Wednesday, Gulliver said it was “dangerous” to think that society should abandon the oil, gas and coal industry. He warned of disastrous unintended consequences, in particular for developing countries, if the sector were ostracised, given that it is responsible for a huge numbers of jobs, money for pensions and tax revenues that fund education and health care. Given the time it would take to scale up renewable energy, Gulliver said it was also important to recognize that coal, which is under greatest attack for its carbon emissions, would continue to be needed by developing countries for many years.  Gulliver admitted that HSBC was coming under pressure from activists to stop funding the fossil fuel industry. Christiana Figueres, who led the recent global climate talks in Paris, was onstage with Gulliver and agreed that it would not help “to demonise the fossil fuel companies or anyone else.” However, she said it was unacceptable for the sector to continue with business as usual. (The Huffington Post)