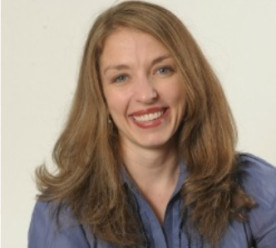 Society needs businesses who take a moral stance on the issues that matter most, argues Megan DeYoung.

Race has always been a complex issue in the United States. Of late we have witnessed horrible event after horrible event, causing the country to come face-to-face with how far we haven’t come.

One of the most recent tragic events was the church shooting in Charleston, South Carolina – the city where the Civil War started. As a sign of the mentality that still exists, until a few weeks ago there was a law that the South Carolina State House fly the Confederate flag. This is the flag used in the Civil War by states hoping to secede from the United States for many reasons, including the right to own slaves. This is a flag that for many years symbolized hatred for blacks.

Why is this history lesson relevant to business? Because of the power of business to be a moral compass.

In 2000, a business boycott led by the National Association for the Advancement of Colored People resulted in the flag moving from the State House dome to the building’s grounds. In 2015, with the flag still flying on government property, again businesses along with individuals, politicians, and other groups demanded that the flag be removed from the State House. In the past few weeks, companies like Google, eBay and Amazon have prohibited the sale of products with the confederate flag symbol.

Business is a part of society. We need more companies to take moral stances on issues to help make us a better society. We must create a fair and just world if we are to see individuals and indeed businesses succeed. We need more companies that see the massive challenges we face in our world, stand at the top of the mountain shouting to bring attention, and innovate to create solutions. We need more Starbucks, which has spearheaded a coalition of American businesses who aim to find jobs for 100,000 unemployed young people.

The ability of business to change things can be impressive. It can also be scary – there is little oversight of what businesses decide is moral, and how they decide to act on those morals. Businesses must be careful not to abuse their power and influence, or they may risk a backlash. Companies like Chick-fil-A and Amway faced boycotts in 2012 over their stances on same-sex marriage, while even Starbucks was ridiculed earlier this year for trying to force a national conversation on race relations.

Companies talk of being leaders yet few are. Leading takes guts. It takes foresight. It takes humanity.

It’s time for business to get off its laurels. We have massive problems that require massive solutions. Go ahead companies, be moral.

Megan DeYoung is a Director at Corporate Citizenship.