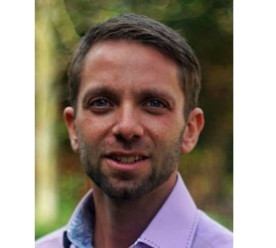 ClimateWise’s Tom Herbstein examines the divestment movement and its implications for the insurance industry ahead of this year’s Paris climate talks.

AXA, one of the world’s largest insurance companies, has made a bold commitment to divest €500 million from coal and increase its investments in clean energy by €3 billion by 2020. Given the upcoming climate change negotiations in Paris in November, it is perhaps only right that a French insurer has sought to set the tone in the build-up to the meeting. It is unlikely to be the last announcement by the insurance industry on this topic in coming months, and a lot of emphasis will undoubtedly be placed on the divestment aspect of this commitment, but how significant is it really?

On the one hand, the divestment debate is not a new one. In 1992, when the final touches were being made to the United Nations Framework Convention on Climate Change (UNFCCC), Jeremy Leggett, then Scientific Director of Greenpeace and since then founding director of solar electric company Solarcentury, called on insurers to divest from high carbon industries. With their sizeable pools of invested assets (today valued at over €32 trillion, a third of all invested assets), he argued that insurers had significant influence (and interest) in shaping the emergence of a new, low carbon economy.

Consequently, he proposed, any losses in their investment portfolios in the short term would be more than compensated for by a reduction in exposure to climate-related losses over the long term. Leggett’s call went broadly unheeded at the time; it is interesting to witness the step change as the divestment debate resurfaces globally, with some insurers now appearing more ready to respond.

Clearly, the context framing the debate today is very different to that of the early 1990s.  As the world gears up for the UNFCCC negotiations in Paris, awareness about the threat and impact of climate change, as well as the social and economic costs of inaction, is significantly higher. Indeed, the insurance industry itself continues to be hit by high-profile climate-related losses that can no longer simply be defined as merely ‘natural’ catastrophes.

This also corresponds with a more sophisticated understanding of the systemic nature of the risks the world is facing. For insurers, this means that their exposure to major events increasingly impacts both their underwriting and investment portfolios. Think, for instance, of the well-documented example of the 2011 floods in Thailand, causing not only direct losses in the region, but significant business interruption in global supply chains and the performance of affected multinational companies.

Reflecting this increased concern, ClimateWise – the global insurance industry leadership group on climate change that the Cambridge Institute for Sustainability Leadership (CISL) convenes – has been engaging the UK’s Prudential Regulatory Authority (PRA) to help foster a deeper understanding of the material impact climate change can have on financial markets, the insurance industry included.

Yet while the divestment movement has increasingly found its voice, there are lingering questions over the impact that the insurance industry may have in this way. It is true that insurers are far more dependent on the performance of their investment portfolios than ever before, both to meet their obligations to pay potential underwriting claims and as a source of ancillary income. That said, the majority of insurers’ own investments are not in equities but in long-term debt. Swiss Re, for example has 40% and 26% of its investments in government bonds and corporate debt respectively. This raises questions as to the actual influence insurers have, via their investments over the high carbon economy.

The other half of AXA’s commitment relates to increasing its investments in clean energy. This is important, because in practice, any money divested still has to find a profitable home. A key challenge for the industry thus remains the availability of appropriate alternative financial instruments that can provide insurers with the investment options they need. The entire green bond market, for example, while indeed undergoing exponential growth, is still valued at under €45 billion, a drop in the ocean in the context of insurers’ overall investments.

Thus, while divestment may play an important role, it arguably doesn’t offer the complete set of options needed to harness the full potential that institutional investors such as the insurance industry can offer to help society transition to a net zero carbon economy.

More innovative work is needed to build the pathways for insurers to deploy their investment assets, at scale, in supporting solutions to climate change. One option that warrants further attention, for instance, is how the growth of the green bond market can be harnessed to persuade more debt issuers to ring-fence proceeds to support ‘climate smart’ infrastructure, whether in cities or across continents. Insurers may prefer to see such investments as ‘Resilience Bonds’, as they could help them to both strengthen their investment and underwriting performance, while enabling key partners, such as national and municipal governments, to accelerate progress in building the low carbon, climate resilient economy we need.

AXA’s announcement, and any other announcements on divestment from the industry to follow, should therefore not be judged simply by the quantum of money involved, but instead on the symbolism of just how far the industry has come in terms of climate change. It sends a strong signal to an array of other actors that the industry is increasingly on the front foot, seeking to build pathways to invest its significant resources in ways that can strengthen societal resilience to climate change.

Tom Herbstein is the Programme Manager of ClimateWise, an industry initiative – facilitated by the Cambridge Institute for Sustainability Leadership (CISL) – of global insurance companies who share a common concern and a willingness to help identify, and realise, a collaborative response to climate change. Follow them @ClimateWise and @TomHerbstein.

This article has been republished, with permission, from the CISL website.