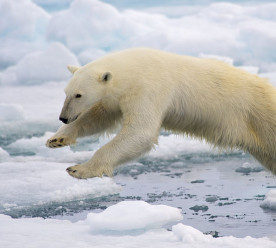 Uniqlo under fire for buying supplies from unsafe factories

Japanese clothing giant Uniqlo has come under fire for buying supplies from Chinese factories accused of putting workers at risk in unsafe conditions. Hong Kong-based human rights group Students and Scholars Against Corporate Misbehaviour (SACOM) accuses the clothing firm of buying from two suppliers in Guangdong that make employees work long hours for low pay in unsafe conditions. Uniqlo’s parent company Fast Retailing says in a statement that it has opened an investigation into the allegations. It has also acknowledged that the group’s inspections found “several problems.” SACOM has in the past carried out investigations into working conditions for employees of Taiwan-based technology giant Foxconn, London Olympics suppliers, and factories that sell to Disney. (Eco-Business)

A new report from WorldFish shows that resource-poor Bangladeshis can participate in commercial aquaculture, provided that a “critical mass” of producers is able to develop. The report finds that employment generated by aquaculture is generally higher than for other forms of agriculture, particularly those that are more seasonal, such as rice production. It also finds greater social and economic benefits in small and medium-sized aquaculture enterprises as opposed to smaller scale or household operations. “By identifying the modes of aquaculture that most benefit the poor we can best direct efforts to bolster this sector,” says WorldFish director general Stephen Hall. “While we have seen the detrimental effects of large-scale aquaculture for communities it is now clearer that the benefits of smaller scale commercial operations are potentially great in increasing food security and employment.” (Sustainable Brands)

Innovative income streams are crucial to increase access to affordable, quality healthcare services in developing countries, according to new research. A new report, published by the International Centre for Social Franchising (ICSF) and the University of Toronto, states that while many developing countries have made improvements in some disease-specific areas, access to primary care “continues to be a significant challenge”. The new report, which was funded by organisations including the Bill and Melinda Gates Foundation and GlaxoSmithKline, recommends that primary care providers explore alternative options for financing treatments, such as “microinsurance” or selling other products or services to support their primary care work. CEO of ICSF Dan Berolowitz said: “This is a rapidly evolving market and no one really knows where the future income streams are going to come from. Properly resourcing innovation can be the toughest thing when there is a business to run but the chance of really growing without it is limited.” (Pioneers Post)

In December, Norway’s Statoil relinquished its oil interests off Greenland’s west coast without drilling a single well. Statoil’s decision shows how the plunge in oil prices has dealt another blow to companies and governments hoping to tap the largely unexplored Arctic.  “At $50, it just doesn’t make sense,” James Henderson, a senior research fellow at the Oxford Institute for Energy Studies, said. “Arctic exploration has almost certainly been significantly undermined for the rest of this decade.” Like Statoil, Dong Energy and GDF Suez have returned Greenland licenses because exploration has become too expensive. Meanwhile, environmental group Greenpeace has occupied oil rigs from Norway to Russia, arguing a spill would cause irreparable damage to ecosystems. The possibility that economically marginal fields such as Arctic deposits might be stranded as governments adopt stricter climate policies has also shaken some investors. (Bloomberg)

The global clean tech market enjoyed its strongest investment performance in years during 2014, with total clean energy investment jumping 16% to $310 billion. In its latest report, analyst firm Bloomberg New Energy Finance (BNEF) details how increased investment in solar PV and offshore wind projects in 2014 pushed total funding back towards record levels. The company said total investment represented more than a five-fold increase on the $60.2 billion achieved a decade earlier and just 2% short of the record annual investment of $317.5 billion achieved in 2011. Globally, the market was dominated by solar projects, as falling technology costs helped drive a 25% year-on-year increase in investment, whilst wind energy investment rose 11%  and investment in “energy smart technologies” climbed 10%. The picture was less encouraging for biofuels, biomass and waste-to-energy, and small hydro-electric projects, which saw investment levels fall 7%, 10% and 17%, respectively. (The Guardian; GreenBiz)