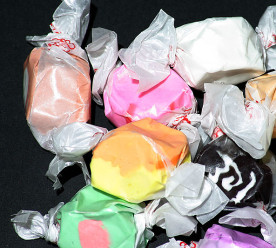 The role of fossil fuel lobbyists at UN climate talks came under fire on Monday, as activists mobbed a side event in Lima attended by oil giant Shell. Negotiators at the talk are aiming to limit global temperature rise to 2°C. In line with this, a target of zero net emissions by 2050 has been floated by a number of countries including Norway, Chile and Colombia, and World Bank Chief Jim Kim has added his support to the call to ensure the 2015 climate deal will wipe out fossil fuel use. This would mean any remaining emissions from fossil fuels will have to be buried or offset. Campaigners argue companies like Shell should be barred from the talks, because their interest in promoting fuel consumption conflicts with efforts to slash greenhouse gases. However, fossil fuel companies argue they can be part of the solution using carbon capture and storage (CCS) technologies, with leading climate economist Nicholas Stern endorsing a strong role for CCS in cutting emissions. Also today, oil rich nation Saudi Arabia has warned it is in “a race with time” to cut its reliance on oil. (RTCC; Guardian; Financial Times*)

Aldersgate Group has launched a new campaign which has received the backing of some of the UK’s largest companies. Marks & Spencer, National Grid, Bank of America Merrill Lynch, BT, Sky and Kingfisher are among the almost 50 organisations supporting a “new macro-economic roadmap” developed by the business-led coalition and an associated campaign called ‘An Economy That Works’. Building on the Aldersgate Group Manifesto, the report suggests a singular focus on GDP is failing to benefit the UK economy as a whole. Instead, the group argues, we should be looking to build the six key characteristics that define a high functioning economy: high skilled employment, equality of opportunity, well-being at the core of policy decision making, low carbon development, zero waste, and enhancing nature. “The fundamental belief of all the members, including the corporates, is that you can’t have a healthy economy if you disregard the social and environmental challenges that we’re facing,” says Oliver Dudok van Heel, director of the ‘An Economy That Works’ campaign. (Business Green)

Amazon has announced the launch of Amazon Elements, a new line of everyday essentials with transparent origins. Beginning with signature diapers and baby wipes, Amazon Elements offers Prime members an “unprecedented level of information”: when and where items were made, why each ingredient was included, where the ingredients were sourced and more. Each Amazon Elements package also has a unique code that can be scanned using the Amazon mobile app to track details including ingredients, the date and place of manufacture, date of delivery, ‘best by’ date and more. “The two things customers told us they want are premium products that meet their high standards, and access to information so they can make informed decisions, Amazon Elements offers both,” said Sunny Jain, VP of Amazon Consumables. (Sustainable Brands)

Nestlé UK and Unilever are among organisations collaborating on a new project aiming to improve the recyclability of flexible packaging products, in the hope of pushing the resource industry closer towards a circular economic approach. The two-year research and development program, called REFLEX, is being headed by resource industry consultants Axion Consulting, with funding from Innovate UK. The project aims to improve the design and recyclability of flexible packaging products such as sweet wrappers, plastic bags and detergent pouches. REFLEX will investigate potential improvements throughout the packaging supply chain, from production through to waste management and recycling, to significantly reduce the amount sent to landfill, which currently stands at around 556,000 tons every year. Axion predicts that the market will take 10 years to mature into a new recycling model, in a trend similar to that of plastic bottle recycling, at which point more than 50 percent of flexible packaging will be diverted from landfill. (Sustainable Brands)

UK MPs accused a firm of accountants of “selling tax avoidance on an industrial scale” on Monday after a parliamentary hearing following the leak of hundreds of Luxembourg tax rulings. MPs on the public accounts committee criticised professional services firm PwC for devising financing structures that allowed companies to secure very low tax rates in Luxembourg. The MPs also attacked Shire, a FTSE 100 pharmaceutical company that was one of the companies that saw its tax affairs come under scrutiny. Both PwC and Shire denied the accusations, with Kevin Nicholson, head of tax for PwC in the UK, countering the criticisms by drawing attention to the UK’s recent reforms of its corporate tax rules, which facilitated financing through Luxembourg. The inquiry is the latest in a series of high-profile hearings into the tax affairs of multinationals, such as Google, Amazon and Starbucks, by the committee. (Financial Times*)

Changes to the ISO 14001 environmental management standard, which are expected to come into force in Q3 2015, will see the standard integrated into core business processes, along with an extra focus on leadership and top management and communicational performance. The upcoming revision has been welcomed by more than 90% of environment and sustainability professionals, with particular support for proposals to align environmental management systems with an organisation’s core strategy. The Institute of Environmental Management and Assessment (IEMA) executive director of policy and engagement and the UK’s appointed expert on revisions Martin Baxter said: “We are delighted with the overwhelmingly positive ballot on moving the revision forward.” The results of the ballot come just two weeks after the ISO confirmed significant growth in the number of ISO 14001 environmental management system certificates at the end of 2013, up 6% on the previous year to 301,647. (Edie)