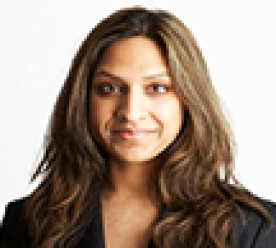 Posted in: Guest Writers, Speaking Out

Impact Sourcing – opportunities for inclusive business in the legal sector

What happens when you bring together outsourcing with the concept of responsible business? The answer appears to be Impact Sourcing or, in other words, socially responsible outsourcing. In short, the aim is to use the outsourcing model to create social impact by providing employment opportunities to the disadvantaged and marginalised.

Impact sourcing leaders such as Digital Divide Data have shown that it is possible to make the Impact Sourcing model sustainable, having now established operations in Cambodia, Kenya and Laos. Recently there appears to be a gathering momentum in the area – for example, the Rockefeller Foundation has made Impact Sourcing a focus of study in the last few years, partnering with organisations such as Avasant and Accenture to explore how to unlock the potential of the area, explore its opportunities and find solutions to its inherent challenges.

The opportunities are clear considering the impact that mainstream outsourcing has already had, and is predicted to continue to have, on the economies of the countries involved. For example, the LPO market in India alone is expected to be worth $4 billion by 2015. Even though this figure is impressive it is still only a small percentage of the global legal market, which is estimated to be worth $645.2 billion by 2015. If Impact Sourcing in the LPO sector can share in this growing market, there exists a very significant opportunity both for the companies that adopt it as their business model and the disadvantaged people it aims to employ.

Obviously there are challenges with outsourcing and many of these are more pronounced with LPO than with BPO due to the nature of the data and the consequences of a lapse in quality. However, the experience of rising uptake of LPO in the traditionally conservative legal sector contradict those that say Impact Sourcing would be a step too far for the legal world. Despite the seemingly high barriers of security and data protection, mainstream LPO companies have managed to set up the necessary systems and processes to enable sensitive data to be transferred and to ensure regulatory compliance. Similarly, perceptions as regards quality in LPO have slowly started to dissipate, although even in the mainstream LPO sector there is a way to go in building trust and buy-in across the board.

The other main challenge for an Impact Sourcing LPO model is to build capacity and to upskill local labour markets to do basic “bread and butter” LPO work such as document review and coding. However, as is increasingly being recognised, many of these tasks do not require employees to have obtained university level degrees or full professional qualifications. In the UK, for example, paralegals do a wide range of legal work and, more recently, legal apprenticeships have been introduced, which provide school leavers a vocational route to entering the profession. In that respect, following a similar model by providing a mixture of general, case-specific and on-the-job training (together with ensuring adequate quality control) means there is no reason why the burgeoning success of the BPO Impact Sourcing sector cannot, with perseverance, be replicated.

The key to unlocking the opportunities initially may be to engage law firms and other end-users as well as traditional LPO firms, NGO partners and donor organisations in developing a viable business model where risk and expertise are shared. It is an exciting time for legal services with new models being innovated, from the virtual online firm to the pay-per-use service. It would not be a major departure for there now to be more collaboration between different parts of the legal supply chain.

For those companies operating in the legal sector that see the opportunity presented by Impact Sourcing in terms of not only bolstering their CSR credentials but as part of their core business, the benefit could be substantial. However as with other inclusive business models there are unlikely to be overnight success stories. It will take commitment and patience to leverage the opportunity in a way that meets the requirements of its intended clients, that is scalable and sustainable, and of course has a measurable impact on the communities that it involves.

Rita Sheth is an associate at Fasken Martineau LLP (London) with a particular interest in inclusive business and CSR.