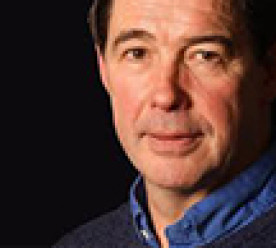 Posted in: Guest Writers, Speaking Out

Don’t call me a consumer

Jonathon Porritt says that to be truly sustainable, companies must engage with people as citizens, not consumers.

The first time I knew we were in for trouble with Tony Blair as Prime Minister was when he referred to the UK as “UK plc”. That made him the Chief Executive, his Cabinet Ministers the Board of Directors, and us a nation of consumers. That’s how he ran the economy, and his disregard for us as citizens (not consumers) explains in part his calamitous decision to follow George Bush into the devastating war in Iraq.

I think we can reasonably expect our politicians to understand the differences between us as citizens and us as consumers. I don’t object to being thought of a consumer when I’m engaged in an act of consumption, during the course of which money changes hands. In all other relationships beyond family, friends and work colleagues, I’m a citizen – and part of the responsibility of citizenship is strenuously to resist being consumerised!

And this plays both ways. I hope the Editor and readers of this illustrious publication will forgive me – but I’ve always hated the idea of ‘corporate citizenship’.  Companies are not citizens. The essence of citizenship is personal responsibility.  Something which companies (by definition) are incapable of – whatever the US Supreme Court, in all its supreme idiocy, may have determined through its historical ruling that companies should be treated as people.

This terminological excursion may be getting tedious. But the confusion which surrounds the boundary conditions between us as consumers and us as citizens lies at the heart of today’s model of ‘corporate sustainability’ – and the role of brands in helping to accelerate our journey to a more sustainable world.

I celebrate the fact that a few of today’s more progressive companies want to unleash the power of their brands to promote more sustainable behaviours on the part of their consumers. Many of these brands are more trusted than politicians, many have real authenticity, and many can speak to people’s aspirations far more eloquently than most ‘green’ evangelists. Desire drives much human behaviour, and our near total failure to make sustainability desirable in any way has already cost us dear. So let’s welcome those brands to the party!

So far so good. But the suggestion that the world will be saved by sexing up sustainability to appeal to a still small but very affluent subsection of the human population is utterly fatuous. It may be useful on the margins, but it’s unlikely to be material.

So the test of ‘corporate sustainability’ for me is this: which companies are prepared to engage with us now, not as consumers but as citizens. To share common ground with civil society (as the collective embodiment of individual citizens) to help create the conditions for a genuinely sustainable society: ultra-low-carbon, super-resource-efficient, fair, just, transparent and ethical?

The answer, right now, is mighty few. But those companies that really care about sustainability are starting to understand that although it may indeed be their consumers with whom they co-create a sustainable world (as their principal stakeholder beyond their shareholders), it will be primarily in their capacity as citizens, not as consumers per se.

Something that Tony Blair never understood.

Jonathon Porritt is Founder Director of Forum for the Future www.forumforthefuture.org