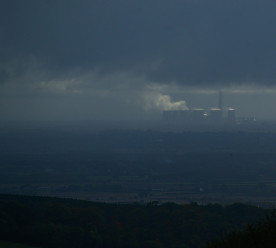 European companies are the leaders in corporate disclosure on greenhouse gas emissions but Asia overtook the United States to claim second place in 2019, according to an analysis of more than 2,000 of the largest companies by Arabesque, an ESG research and asset manager. The research found that the quantity and quality of global corporate emissions data disclosure had risen between 2014 and 2019 but was uneven across major regions. Arabesque notes that the increase in emissions disclosure was led by companies in Japan, India, Singapore and Malaysia. In the United States, there was a decrease in the scope of corporate emissions data disclosure. This follows from separate analysis, reported yesterday, that claimed just 3 in 10 European businesses are properly disclosing their climate impact. (Reuters)

Infrastructure megaprojects risk pushing the world’s remaining forests past a “dangerous tipping point” and making climate targets unachievable, according to the report by a coalition of 25 research and conservation organisations called the New York Declaration on Forests Assessment Partners. It claimed that tens of thousands of miles of roads and railways are planned alongside mines and dams, opening up the forests of South America, south-east Asia and central Africa to destruction. In 2014, 50 countries and 50 of the world’s biggest companies backed the declaration, pledging to cut deforestation by 50 percent by 2020 and end the destruction of forests by 2030. But the 2020 goal has been missed and deforestation is rising. The report found that many countries and businesses had introduced regulations and plans but implementation remained poor. (The Guardian)

Facebook has accused Apple of privacy shortcomings and abusing its market power after the iPhone maker took a swipe at the social media platform’s data collection practices. This unfolded after Apple wrote in a letter to pro-privacy civil rights groups that Facebook’s business model showed the company had a “disregard for user privacy”. This comes as Apple commits to introduce new privacy restrictions including requiring apps to get users’ explicit permission to gather ad targeting and tracking data. Facebook claims Apple is “using their dominant market position to self-preference their own data collection”. This escalation comes as both companies face antitrust scrutiny from regulators and politicians. (Financial Times*)

Compostable plastic packaging, smart recycling technology, and tackling hard-to-recycle items are among 10 university-led research projects to secure a share of £8m funding announced by UK Research and Innovation (UKRI). Recipients of the funding, which comes via UKRI’s Smart Sustainable Plastic Packaging (SSPP) Challenge, are all focused on developing innovative solutions to the plastic waste crisis, working with industry partners to help turn their ideas into commercial reality. UKRI estimates annual global production of plastic now exceeds 300 million tonnes, a figure which is expected to triple by 2050. Around 12.7 million tonnes of plastic waste ends up in the world’s oceans every year, choking sealife and poisoning habitats. (Business Green*)

A survey by E.ON of more than 4,000 adults in the UK has found that almost three-quarters want information on air pollution in their local area to be included in daily weather forecasts. Almost nine in ten respondents said that the British public does not get enough information on air pollution, which they described as an important issue in terms of the environment and wellbeing. Furthermore, over 80 percent said they would be more likely to change their behaviours to minimise their negative impact on air quality if they were more aware of air pollution in their area. Behaviour changes include driving less, typically by swapping short-distance trips for walking or cycling. (edie)