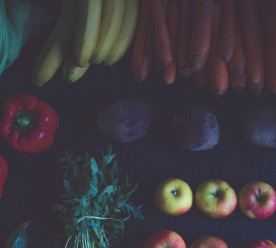 Leading companies operating in the global food supply chain are underestimating key environmental risks, prioritising small-scale product innovations while ignoring opportunities to create a more sustainable food system, according to CDP. The research found food companies are responding to growing consumer demand for healthy and sustainable products primarily through product innovation, such as alternative meat made from plant proteins. A third of all business opportunities disclosed to CDP were related to new products and services such as vegan options. The report states food firms are not doing enough to build resilience against drought and other climate-related risks. It warns that this is leaving the global food system more vulnerable to frequent extreme weather patterns and other damaging impacts. (Business Green)

Apple will pay $113 million to settle allegations that it slowed down older iPhones. Thirty-three US states claimed that Apple had done this to drive users into buying new devices. Millions of people were affected when the models of iPhone 6 and 7 and SE were slowed down in 2016 in a scandal that was dubbed batterygate. Apple acknowledged its update reduced power demands after researchers found unusual slowdowns in 2017. Under the settlement, Apple did not admit to any wrongdoing or breaking any law. However, it has agreed for the next three years to provide “truthful information” about iPhone power management across its website, software update notes and iPhone settings. (BBC)

Canada is set to introduce climate accountability legislation as early as next week to formally commit it to net-zero greenhouse gas emissions by 2050. The long-awaited bill will set out mandatory national five-year targets to cut emissions, starting in 2025. While the government has promised the five-year targets will be “legally binding,” the legislation isn’t likely to include an enforcement mechanism to ensure those targets are being met. Whilst environmentalists and climate policy experts welcome this legislation, Canada has set multiple emissions reduction targets in past decades and has failed to meet each one. (CBC)

Only 30 percent of Europe’s largest companies publicly publish detailed information on their climate policies, emissions footprint and climate risk, according to analysis by the social and environmental non-profit and law firm Frank Bold. The research analysed sustainability reports and digital communications of 300 large businesses across six sectors: energy and extractives; food and beverages; finance; infrastructure; transport and ‘resource transformation’. Of these companies, 84 percent do not report on their progress against climate targets on an annual basis, across all scopes of emissions. Just one in four reports on Scope 3 (indirect) emissions and just one in three discloses how carbon-intense their business is, on a per-product or per-employee basis. These trends, Frank Bond claims, make it hard for Europe’s private sector to properly measure, disclose and act upon climate risk. (edie)

One in five people in UK in lower-status jobs than parents, according to study

One in five people in the UK have nominally fallen down the social pecking order because they work in a lower-status job than their parents, with mothers, non-graduates and some black and minority ethnic groups more likely to find themselves “downwardly mobile”, according to the government advisory body, Social Mobility Commission. The study showed that from having become established in a lower-status occupation, most are likely to stay there. The commission warns that this trend is likely to confirm a growing sense among the public that society is becoming less fair, with opportunities for advancement less equal. Researchers have urged the government to reduce structural inequalities and provide more support for those in lower-status jobs. (The Guardian)