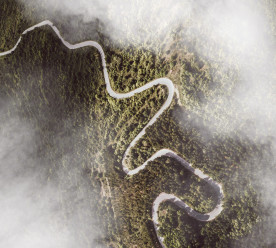 Morningstar formally integrates ESG into its analysis of stocks, funds, and asset managers

American financial services firm Morningstar has announced it has begun formally integrating environmental, social, and governance (ESG) factors into its analysis of stocks, funds, and asset managers. Morningstar analysts will consider ESG risks, based on a companies’ rating by ESG performance assessor Sustainalytics, in their assessment of cash flows, economic moats and uncertainty, all of which impact on the overall Morningstar Rating. Morningstar has also announced a new ‘ESG Commitment Level’ for investment strategies and asset managers. The assessment is based on “the extent to which asset managers and funds incorporate ESG considerations into their investment processes and decisions”. (Sustainalytics)

The UK Government has unveiled its 10-point plan for a green recovery from Covid-19 and to make strides towards the goal of reaching net zero by 2050. The new ’10 Point Plan for a Green Industrial Revolution’ is underpinned by £12 billion in new and previously announced investments in the green economy designed to create an estimated 250,000 new jobs in the carbon capture, electric vehicle, nuclear, hydrogen and renewables sectors. However, only £4 billion of the promised funding had not been announced previously.  Critics warn funding falls well short of the level required to trigger a green recovery and compare the commitment to Germany’s recently announced €40 billion green recovery package. (Business Green)

Consumer goods giant Unilever has unveiled a new “Future Foods” strategy that will see the company commit to halving food waste, improving nutritional standards and set a €1 billion sales target for plant-based meat and dairy alternatives. Unilever’s Future Foods ambition is focused on improving the nutritional value of its food product offerings and increasing the amount of plant-based meat and dairy alternatives in its portfolio. One key facet of the new ambition is to halve food waste from direct global operations, from factory to shelf, by 2025 – five years ahead of a target that Unilever set as part of the Champions 12.3 coalition to combat food waste. (edie)

ESG falls down the investment agenda

Environmental, social and governance issues have fallen down the agenda of big investors this year as they grapple with the repercussion of the pandemic and subsequent economic downturn, according to the consultancy, Edelman. The survey of 600 portfolio managers, analysts, chief investment officers and stewardship teams revealed that more than eight in 10 investors globally said their company has demoted ESG as an investment criteria because of Covid-19’s economic hit. In total, 79 percent of US respondents said ESG was less of a priority when making investment decisions, while more than 75 percent said the companies they have invested in have deprioritised such initiatives. However, the survey found 96 percent of US investors expect their company to increase its focus on ESG as an investment criteria in the post-Covid-19 recovery. (Financial Times*)

1% of people cause half of global aviation emissions – study

Frequent-flying ‘super emitters’ who represent just 1 percent of the world’s population caused half of aviation’s carbon emissions in 2018, according to a study published in the journal Global Environmental Change. Only 11 percent of the world’s population took a flight in 2018 and 4 percent flew abroad. US air passengers have by far the biggest carbon footprint among rich countries. Its aviation emissions are bigger than the next 10 countries combined, including the UK, Japan, Germany and Australia. The researchers have called for the impact of the pandemic on aviation to be an opportunity to make the aviation industry fairer and more sustainable. The group suggests putting green conditions on the huge bailouts governments were giving the industry, as had happened in France. (The Guardian)