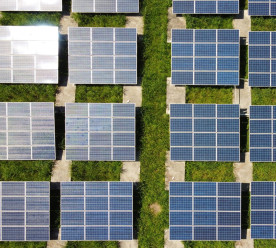 The Task Force on Climate-related Financial Disclosures (TCFD) published its 2020 Status Report today, finding that disclosure of climate-related financial information aligned with the TCFD recommendations has increased by 85% since the 2019 status report. The largest increases relate to companies disclosing how they identify, assess, and manage climate-related risk. Industries considered most exposed to material climate risk have led with the highest levels of TCFD disclosure. However, despite the significant momentum, the 2020 Status Report highlights continuing need for progress in improving levels of TCFD-aligned disclosures given the urgent demand for consistency and comparability in reporting. In particular, disclosure of the potential financial impact of climate change on companies’ businesses and strategies remains low. (Finextra)

The world’s biggest online retailer Amazon launched a new ‘Climate Pledge Friendly’ section of its website on Tuesday in the UK and Europe, with over 40,000 items chosen for their sustainability credentials. However, concerns about the sustainability of some of the products on offer have emerged, with disposable nappies and cotton buds, pet food and novelty Donald Trump toilet paper all among the labelled eco-friendly products. Campaigners said some of the products were “environmentally unsound” and a Green party spokesperson said the initiative appeared to be “greenwashing”. Products listed under the Climate Pledge Friendly include those with certificates from schemes such as Fairtrade International, the Carbon Trust and Compact by Design, Amazon’s own certification. But experts said the company should be more discerning with its product choices. (The Guardian)

The Rockefeller Foundation has committed US$1bn over the next three years to drive a more inclusive green recovery from COVID-19. The foundation also aims to rededicate and re-orientate its efforts towards improving the lives of the poorest people in the world and addressing inequity worsened by the impact of COVID-19. Prior to COVID-19 over 800 million people lacked access to electricity globally but now over 100 million people have had their electricity access severed due to inability to pay bills during the pandemic, with numbers disproportionately falling on the poor and vulnerable. As part of its commitment, the foundation will collaborate with global investors, organisations and governments to drive public-private investment in infrastructure, to accelerate access to clean, safe and reliable renewable energy in Africa, Asia, and Latin America. (Business Chief)

Campaigners fear that the legal body designed to protect the environment on behalf of citizens is being undermined by the UK government. Ministers promised that after Brexit, laws on air, water and waste would be policed by an independent Office for Environmental Protection (OEP). Previously, these laws were enforced by European courts, which prosecuted EU governments that breached green rules. Ministers promised the OEP would be similarly independent, but they now want to grant themselves powers to “advise” the new body. Critics fear ministers may counsel the OEP against taking the government to court if it breaches laws. Ruth Chambers from the umbrella group Greener UK said “this provides a ‘get out of jail free’ card for the government to direct the watchdog away from awkward or inconvenient cases. (BBC)

Tesla has opened its Energy Plan to UK homes without electric vehicles, partnering with Octopus Energy to supply renewable electricity to customers. Households operating solar and batter systems can now plug into the Tesla’s UK ‘Virtual Power Plant’, joining a network of homes that generate, store and return electricity to the grid at peak times. The Virtual Power Plant sees Tesla manage the electricity generated by homes’ rooftop solar panels, storing it in the firm’s Powerwall battery for later use or exporting surplus power to the grid. This helps optimise homes’ energy consumption to lower electricity bills while protecting homes from power cuts and supporting the grid during peak times. (Business Green)