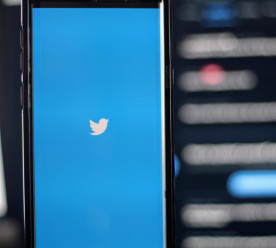 Posted in: Speaking Out, This month...

Social media giant Twitter has confirmed plans for a new feature to its platform, that would allow users to warn each other about false information. The feature, referred to as “Birdwatch”, is currently in development, with Twitter product lead Kayvon Beykpour stating he was “excited to share more about our plans [for Birdwatch] soon”. It is thought the tool will combat misinformation by crowdsourcing opinions on a suspect post, through a mini-survey after a piece of content has been reported as potentially troublesome. The ostensible aim is to gather enough support for some information being false and potentially harmful, to alert Twitter’s moderation team to remove the post quickly. The news comes after significant coverage of the actions taken by social media firms on posts by US President Donald Trump about the coronavirus. Recently, Facebook removed a post that equated Covid-19 with the flu, but not before it was shared approximately 26,000 times. Twitter disabled retweets on a similar post.

The role of social media firms in preventing the spread of misinformation, has been in the spotlight now for some time. While third-party factcheckers and moderators has been the approach so far, the latest development in the works at Twitter appears to introduce a new tool, which will put greater responsibility for determining truth into the hands of users. Developers may hope that democratising what is “true” in this way will remove questions of political bias from both the left and the right, in what firms choose or don’t choose to remove. However, with a society divided on so many issues, it is not hard to imagine how this “Neighbourhood Watch” system on content could itself be easily hijacked for further political partisanship. Ultimately, Twitter can source opinions, but it will still need to make difficult decisions on muddy issues that have political implications. What’s more, Birdwatch looks to be another reactive measure to take down content once it’s been seen and, quite possibly, once the damage has already been done. Currently, we await further details on the tool, but the wait may be even longer for a proactive measure that adequately addresses harmful misleading content.