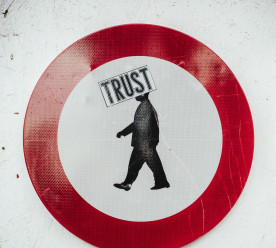 Posted in: Speaking Out, This month...

A new report from the sustainability reporting standards organisation, the Global Reporting Initiative (GRI), and GlobeScan has found that trust in sustainability reporting overall has increased over time, but remains low in Western nations. The results, from a survey of 27,000 people across 27 countries, found that trust in how companies communicate their sustainability performance has increased to 51%, up from 30% when the survey began in 2003. However, trust in published sustainability information varies significantly by region, according to the results. Respondents from Asia were more likely to have higher levels of trust in the information provided by corporates, compared to people in European Union countries. This trend could be explained by the relatively new implementation of ESG reporting as a listing requirement on major Asian stock exchanges.

The authors of the study have been quick to highlight the growth in trust of sustainability reporting over time. But it is startling to see that in 2020, the overall figures show that those who believe companies communicate honestly about sustainability performance, only just win out against those who don’t. In total, 49% of respondents said they don’t believe companies report sustainability honestly. Furthermore, in countries such as the UK, US and Australia, those distrusting reports actually outweighed those that do. In France, Germany and Argentina, this response was for over two thirds of the country sample. The GRI’s chief external affairs officer, Peter Paul van de Wijs, said that this level of distrust supported the need for a revision of the EU non-financial reporting directive. While increasing the number of companies reporting non-financial information data on their social and environmental impact, and standardisation of reporting frameworks, will help, one can’t help but wonder if other factors are at play. Repeated corporate scandals, growing societal inequality and the general climate of misinformation may have harmed trust in the West. Whatever the causes, the lack of trust in sustainability information is at odds with growing stakeholder expectations for transparency. Corporates must recognise and proactively respond to this scepticism of business claims.