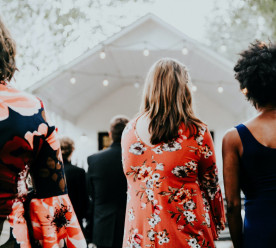 Aviva, Deloitte and Microsoft’s UK business will set fresh ethnicity targets for their boardroom and executive teams, as part of a new drive to address the “painfully slow” progress in improving racial diversity across British business. The companies are among the first signatories to the Confederation of British Industry’s (CBI) Change the Race Ratio campaign, which will align with, and expand on, targets set by the 2016 Parker Review, which gave FTSE 100 companies until the end of 2021 to appoint at least one BAME board-level director. However, the CBI said 37% of FTSE 100 firms still did not have any minority ethnic representation on their boards. CBI’s campaign goes further to ask companies to publish ethnicity pay gap reports and set concrete targets for the ethnic diversity of their executive and senior management teams within 12 months of signing up. (The Guardian)

Almost 20,000 Amazon workers in US test positive for Covid-19

The online retailing giant Amazon has said that more than 19,816 of its frontline workers in the US have contracted Covid-19 since March.  The number equates to 1.44% of its 1.37 million workers across Amazon and its subsidiary Whole Foods. Amazon had faced criticism from employees, unions and elected officials, who have accused the company of putting employees’ health at risk. Amazon has kept its facilities open throughout the pandemic to meet a surge in demand from shoppers stuck at home. Amazon claims that its infection rate had equalled that of the wider population’s and challenged other companies to make public their own Covid-19 statistics. (BBC)

Many of the world’s biggest financial institutions are “fuelling” deforestation in the Brazilian Amazon by failing to set clear policies to stop the damage, according to a report by forest advocacy group Global Canopy. According to the NGO, major institutional investors that lack zero-deforestation policies include Aberdeen Standard Investments, Legal and General Investment Management, Amundi Asset Management and Candriam Investors Group. In September 2019, after wildfires hit global headlines, 251 investors, collectively managing nearly $18 trillion in assets, signed a statement urging companies to do their part in halting destruction of the world’s largest tropical rainforest. A year on, only a handful of those financial institutions have introduced policies against deforestation. Meanwhile, the Amazon rainforest in Brazil is experiencing its worst rash of fires in 10 years. (Thomson Reuters Foundation)

The UK National Health Service (NHS) has today unveiled a new multi-year plan to become the world’s first net zero national health system. Based on findings of the NHS Net Zero Expert Panel, the health organisation has adopted two targets: for emissions under its direct control to reach net zero by 2040 and for its wider supply chain footprint to reach net zero by 2045. Interventions driving progress towards the goal will include developing new ways of delivering care at or closer to home; greening the NHS fleet, including road-testing a net-zero emissions ambulance by 2022; reducing waste of consumable products; making sure new hospitals and buildings are built to be net-zero emissions; and building energy conservation into staff training and education. (Business Green)

The University of Cambridge will divest its £3.5bn endowment fund from fossil fuels by 2030, as part of a wider plan to reduce the University’s emissions to net-zero by 2038, following years of protests from students and campaigners. The University will withdraw all investments with energy-focused public equity managers by the end of the year. Following that, a five-year programme will be introduced to ramp up significant investment into renewable energy. By 2030, all meaningful exposure to fossil fuels will have been divested. The divestment forms a key part of the University’s ambition to reduce emissions across its entire portfolio to net-zero by 2038 – well ahead of the UK Government’s national legislation, set for 2050. (Edie)