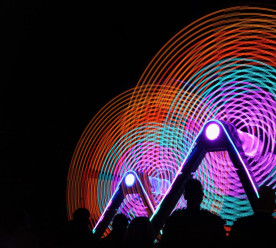 BlackRock has revealed that its investment fund dedicated to accelerating the global development of a circular economy has raised more than $900m in its first year, growing from just $20m of seed funding from the asset management giant itself. Launched last October, the fund was developed in collaboration with circular economy NGO the Ellen MacArthur Foundation. It has backed companies of varying sizes and sectors, with packaging, chemicals, forest products, electronics, food and drink and fast-moving consumer goods (FMCG) accounting for significant proportions of the cohort. Also featuring in the fund are businesses from sectors including textiles, software, healthcare and e-commerce. (edie)

Two-fifths of plants at risk of extinction, says report

Two-fifths of the world’s plants are at risk of extinction, scientists have warned. Researchers say they are racing against time to name and describe new species, before they disappear. Plants hold huge promise as medicines, fuels and foods, says a report by the Royal Botanic Gardens, Kew. But opportunities are being lost to use plants and fungi to address global issues such as food security and climate change. The assessment of the State of the World’s Plants and Fungi is based on research from more than 200 scientists in 42 countries. The report was released on the day of a United Nations summit, which will press for action from world leaders to address biodiversity loss. (BBC)

The World Bank has announced plans for a $12 billion initiative that will allow poor countries to purchase Covid-19 vaccines to treat up to 2 billion people as soon as effective drugs become available. In an attempt to ensure that low-income countries are not frozen out by wealthy nations, the organisation is asking its key rich-nation shareholders to support a scheme that will disburse cash over the next 12 to 18 months. David Malpass, the World Bank president, said the initiative was needed because Covid-19 was having a much bigger impact on low- and middle-income countries than on the developed world. (The Guardian)

Majors players in the natural rubber trade, including tyre manufacturers, automotive firms and growers, have agreed to work towards stronger sustainability commitments that seek to eliminate deforestation and human rights abuses from their supply chains. Under a new framework, they will establish or strengthen sustainability policies throughout rubber supply chains. The framework was devised by the Global Platform for Natural Sustainable Rubber (GPSNR), a non-profit for sustainable rubber cultivation, and stands as a major milestone for an industry overwhelmed by environmental and social issues in tropical grower countries. (Eco-business)

Tesco has become the first UK retailer to set public sales targets for plant-based meat alternatives, pledging to increase sales of those products by 300 percent by 2025 as part of an ongoing commitment to halve the environmental impact of the average shopping basket. The metric was set up in partnership with WWF in 2019 and to date Tesco has achieved 11 percent of this target. This target comes in line with trends of growing demand for plant-based-food. Investor coalition FAIRR estimates that the global market for alternative plant-based proteins could expand at an annual rate of 8.29 percent in the next three years and reach $5.2 billion by 2020. (edie)