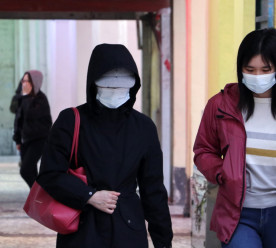 Most countries failing to address women’s needs during pandemic, according to UN

Only one in eight countries worldwide have brought in measures to specifically protect women from the impact of the coronavirus pandemic, according to a database of government responses to COVID-19 launched by two United Nations (UN) agencies. The crisis offers a chance to reshape societies for a fairer future, but many nations are failing to protect women and girls from pandemic-linked risks such as a surge in domestic abuse, said UN Women and the UN Development Programme (UNDP). While 71% of all gender-related measures identified focused primarily on preventing violence against women and girls, only 10% aimed at strengthening women’s economic security. Less than a third of the policy measures focused on unpaid care work. (Thomas Reuters Foundation)

Academics from the University of Oxford have launched a new standard for carbon offsetting, in a bid to ensure the growing number of net zero strategies adopted by state and corporate actors are effective in their stated goal of halting increases in the atmospheric concentrations of greenhouse gases. The hope is that new principles, dubbed The Oxford Offsetting Principles, will help provide greater clarity to the broader industry on what constitutes a credible offset and become a key resources for cities, governments, and companies looking to avoid accusations of ‘greenwash’ as they seek to design and deliver robust net zero commitments that align with climate science. (Business Green)

Five investors have been removed from the UN-backed Principles for Responsible Investment (PRI), in the first such move by the group for those failing to meet its minimum requirements. The PRI has amassed more than 3,000 signatories managing in excess of $100 trillion in assets since it was launched in 2006 and membership is increasingly seen as crucial for asset managers pitching for mandates from pension schemes. PRI members were told in 2018 they had two years to reach a new set of minimum requirements or else be delisted. The investors receiving the punishment for failing to meet the requirements are private banking of La Banque Postale, BPE, GFB which is part of the biggest Dutch labour union, Indonesia’s Corfina Capital, U.S.-based Primary Wave IP Investment Management and French-based Delta Alternative Management. (Reuters)

Starbucks and other US corporations to show detailed diversity data

Top US corporations including Duke Energy Corp, Starbucks Corp and Wells Fargo & Co will make public detailed workforce diversity statistics, following calls from activists who say the information will help judge companies’ progress in hiring and promoting minorities. The commitments by 34 companies in the S&P 100 were set to be announced on Monday by New York City Comptroller Scott Stringer, who oversees retirement assets and sought the data in July. The disclosures will roughly double the number of US companies publicly offering information that large employers already file confidentially to the US Equal Employment Opportunity Commission. (Reuters)

Construction firm Willmott Dixon has committed that all new build and refurbishment projects it delivers from 2030 onwards will be net-zero carbon in operation, as part of a new sustainability strategy that will see the company become zero-carbon in its own operations over the next decade. Willmott Dixon has been a carbon-neutral business since 2012 and has now made bold new commitments. While Willmott Dixon had offset unavoidable carbon via global carbon reduction projects, the new commitment will see the company cut all operational carbon emissions to zero by 2030. The new targets are underpinned by goals aligned to climate science, which have been approved by the Science Based Targets initiative. (edie)