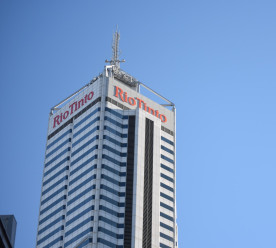 The boss of Rio Tinto, Jean-Sébastien Jacques, will step down following criticism of the mining giant’s destruction of sacred Aboriginal sites. In May, the world’s biggest iron ore miner destroyed two ancient caves in Pilbara, Western Australia. The company went ahead with blowing up the Juukan Gorge rock shelters despite the opposition of Aboriginal traditional owners. Other senior executives, including the heads of the miner’s iron ore and corporate relations divisions, will also leave the company at the end of the year. The caves – seen as one of Australia’s most significant archaeological research sites – had shown evidence of continuous human habitation dating back 46,000 years. In June, rival miner BHP also halted its plans to expand its mine in the Pilbara region in June following the outcry over Rio’s actions. (BBC)

Loop Industries and SUEZ have revealed plans to build giant plastic recycling facility, as pressure grows for sector to boost capacity across Europe. The plant, which would be the largest in the world to date, would be dedicated to Polyethylene Terephthalate (PET) plastic and would boast the potential to produce the equivalent of approximately 4.2 billion food grade beverage bottles made of 100 per cent recycled and infinitely recyclable PET plastic annually. When fully operational, Infinite Loop systems aims to save 180,000 tons of CO2 annually, compared with traditional virgin PET production methods. Europe consumes approximately 5.5 million tons of PET plastic every year, of which less than less than seven per cent is currently recycled. PET plastic is used in the production of plastic bottles, packaging, carpets and textiles. (Business Green)

Citigroup has appointed the Scottish-American banker Jane Fraser as its next chief executive, the first time a big Wall Street bank will be led by a woman. Fraser was born in Scotland and studied economics at Cambridge University and Harvard Business School before starting her banking career at Goldman Sachs in London. Since then, she has worked in roles across the world for a range of companies. The promotion will make Fraser one of the most prominent women in US business. Only 38 of the Fortune 500, which tracks the US’s biggest listed companies, had female chief executives at the start of August, according to CNN. Fraser’s first job will be to guide Citi through the extended period of economic weakness expected by many economists as the US and other major markets struggle to recover from the coronavirus pandemic. (The Guardian)

BP has made its first foray into offshore wind power, agreeing to buy a 50 per cent stake in two US projects from Norway’s Equinor for $1.1bn. The decision to take a stake in the Empire Wind and Beacon Wind assets comes as BP seeks to boost annual investment in low-carbon businesses 10-fold to about $5bn a year. BP plans to increase renewable power development from 2.5 gigawatts in 2019 to about 50GW by 2030 after chief executive Bernard Looney laid out ambitions for the company to become a net-zero emissions company by 2050. Investors, environmentalists and the public are demanding that fossil fuel companies make drastic changes to their business models to reduce emissions, even as customer demand for oil, gas and even coal remains robust. BP and Equinor have slashed their dividends to shareholders and their spending on legacy business as they buffer themselves from a slide in their earnings, while continuing to increase their low-carbon expenditure. (Financial Times) *

A new initiative has been launched to eliminate the advertising industry’s negative impact on the environment, which has been backed by the likes of Sky and Unilever. ‘AdGreen’ is an initiative from the Climate Action Working Group, led by the Advertising Association in partnership with the Incorporated Society of British Advertisers (ISBA) and the Institute of Practitioners in Advertising (IPA). The initiative will provide organisations within the advertising sector with tools, advice and services to help reduce emissions and cut back on waste produced. From 2021, the initiative will measure carbon footprints from advertising, before then empowering the sector to become zero-carbon and zero-waste. Carbon footprint calculators, specialist training, offsetting schemes and a renewable energy purchasing option will all be offered to relevant organisations. AdGreen will develop a strategic partnership with the BAFTA’s Albert initiative, which provides businesses and individuals across the broadcasting sector with resources to help them minimise their environmental impacts. (Edie)