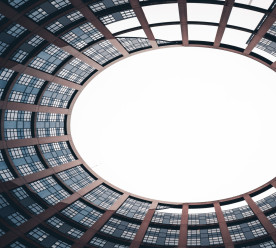 Twenty-six companies, business associations, and initiatives have released a joint statement calling for EU-wide, cross-sectoral mandatory human rights and environmental due diligence legislation. The group, which includes large multinationals such as Adidas, Unilever, Inditex, and Mars, holds a combined annual turnover of almost 350 billion EUR. Several signatories have already supported calls for mandatory due diligence at a national level through previous statements and ongoing campaigns. Earlier this year, the EU Commission committed to introducing legislation and has just launched a formal “sustainable corporate governance” initiative mentioning possible legislation. Regulation is already in place or under discussion in a number of European countries, including France, Germany and the Netherlands. Research by Business & Human Rights Resource Centre and others shows that EU companies have been linked to human rights and environmental abuses worldwide – an effective regulatory framework on human rights and environmental due diligence could go a long way to reduce these harms (Business-Human Rights)

A clutch of global corporates including Amazon, Allianz, Microsoft, and S&P Global are leading a new initiative to harness the power of artificial intelligence (AI), open source analytics and open data to help better manage climate risks and take advantage of the opportunities offered by the net zero transition. Spearheaded by non-profit the Linux Foundation, the LF Climate Finance Foundation (LFCF) aims to empower investors, banks, insurers, companies, governments, NGOs, and academia to use AI-enhanced open data analysis in order to address the financial threats from climate change. It is envisaged that investors and banks will eventually be able to use the platform to analyse portfolios and individual investments to help spot climate risks, while governments could use it to identify resilient infrastructure investments and develop effective policy and regulations, said LFCF. (Business Green)

Ikea owner commits €600m in sustainability investing over next 12 months

Ingka Group – the business owner of Ikea – has committed €600m in sustainability investments, including a “zero-fossil fuel” approach, to assist with Ikea’s overall ambition of becoming “climate positive” by 2030. The commitment brings total spending into sustainability solutions from the Group to €3.8bn. Last year, the company revealed that it has invested a total of almost €2.5bn in onsite and offsite wind and solar power which has helped the Group, which has operations in more than 30 countries, to generate more renewable energy than it consumes. Ikea has reduced its overall climate footprint by 4.3%, despite the business growing by 6.5%. It builds towards Ikea’s overarching 2030 goal of becoming ‘climate positive’ – an aim the firm has defined as fulfilling its contribution to the Paris Agreement through an emissions reduction across the value chain that is aligned to climate science. (Edie)

Switzerland’s financial regulator has begun enforcement proceedings against Credit Suisse over a corporate espionage scandal that rocked the country’s financial industry. Finma launched an investigation of the scandal at the end of 2019 in response to two cases of intrusive surveillance by the bank against departing senior employees. The watchdog said on Wednesday that a probe that it had commissioned by an independent auditor was complete. Enforcement proceedings will focus on breaches of supervisory laws linked to the bank’s observation and security activities and “in particular the question of how these activities were documented and controlled”. Finma said that although it could not impose fines, it could order companies to make internal changes and also ban individuals from the industry for up to five years and pursue criminal prosecutions. Credit Suisse said in a statement that it will continue to fully co-operate with Finma and is determined to support the effort to ensure a complete and expeditious conclusion of the review. It added that surveillance was not part of its culture. (Financial Times)

Germany saw good demand for its first-ever green bond on Wednesday, in a landmark moment for Europe’s climate-focused finance drive. Germany raised 6.5 billion euros from the 10-year bond, after investors queued up for over 33 billion euros, its finance agency said in a statement. Germany hopes to issue a range of bonds with different maturity dates to build a green yield curve that other countries and companies looking to sell their own green bonds could then use as a reference point. Germany hopes to raise up to 11 billion euros from green bonds this year, with a second bond planned. France has issued around 27 billion euros worth of green bonds in the past three years. The bonds priced for a yield of -0.463%, meaning investors paid a 1 basis point premium compared with the conventional twin. That confirmed expectations the bond would come at a premium for investors hoping to bolster their green credentials.  (Reuters)