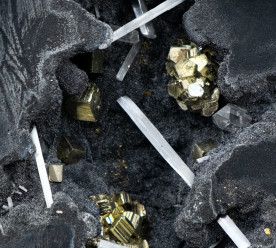 The world’s largest mining company BHP has unveiled plans to sell off its thermal coal mines by the end of 2022, after developing new climate targets last year. In a full-year update, the firm’s chief executive Mike Henry confirmed that it will divest from all assets that produce coal for electricity generation within 24 months. BHP currently operates thermal coal mines in Australia and Colombia and is part of joint thermal coal venture with Japanese mining giant Mitsui. There has been no confirmation of a complete exit from coal mining. BHP will retain its stake in a venture that produces coal used to make steel. BHP’s decision to exit thermal coal builds on an updated climate approach, introduced last year. The firm is in the process of developing approved science-based targets and has until July 2021 to do so. BHP will additionally begin linking emission reductions to executive pay from 2021 – a move which has already been taken by the likes of Sandvik and Royal Dutch Shell – and undertake 2 °C scenario analysis. (edie)

The UK government has revealed some of its plans to develop new legally-binding targets for waste and resources, air pollution, biodiversity and water quality in the UK, promising a “robust, evidence-led process” for setting the goals in statute by the end of October 2022. At least one long-term target for the mid-late 2030s is to be set in each of these four green priority areas, backed by interim non-legally binding goals to measure progress every five years, said the Department for the Environment, Food and Rural Affairs (Defra). The targets are to be binding on the current and future governments, which will have to report annually on progress, while further environmental priority areas and legally-binding targets may also be introduced at a later date. The proposed new Office for Environmental Protection (OEP) – which is in the process of being established and recruiting its first chair – will also report annually on the progress. The government plans to collaborate with independent experts and stakeholders to ensure the resulting targets are “strong, meaningful and environmental outcome focused”. (Business Green)*

Most Europeans view climate change as more pressing issue than pandemic, according to poll

Most Europeans still view climate change as the biggest issue facing humanity, even despite an inevitable surge in concern over the threat of epidemics in the wake of Covid-19, a new survey commissioned by Swedish energy giant Vattenfall has found. The UK proved to be an exception, however, with the poll results released yesterday showing Britons harbour greater worries over the risk of disease and pandemics than they do with regards to the growing impacts of climate change. Conducted by pollster TNS Kantar in late June, the survey asked 7,300 adults across seven European countries – Sweden, Germany, Netherlands, Denmark, Finland, France and the UK – about what they considered to be the biggest problem facing the world. It follows a near identical survey carried out just six months earlier on behalf of Vattenfall in December 2019, which saw a third of UK respondents place climate change as the most serious problem facing the world, placing it ahead of global issues such as war, poverty or the threat of an economic recession. (Business Green)*

America’s biggest oil and gas lobby group is ramping up its advertising spending ahead of the November election to persuade voters that natural gas is a climate-friendly fuel, according to ad buying data. The campaign by the American Petroleum Institute (API), targeted at younger voters and some tight congressional races, is part of a global battle by the drilling industry to assuage growing fears over the role of natural gas in driving climate change. US Democratic presidential candidate Joe Biden last month unveiled a $2 trillion plan to transition the American economy away from fossil fuels, including natural gas. Biden’s plan would support climate litigation against polluters who conceal information about environmental and health risks. In the three weeks following Biden’s climate announcement on 14 July, API increased its spending on Facebook ads to an estimated average of $24,000 a day. That’s about six times its average daily spending in the preceding six months, according to an analysis by InfluenceMap, a non-profit group whose data on lobbying is used by institutional investors. (Independent)

A U.S. Department of Justice internal memorandum obtained by the Guardian shows that government prosecutors found evidence that executives at the drugs giant Purdue Pharma may have committed multiple crimes, including wire fraud and money laundering, to boost sales of its billion-dollar OxyContin opioid. The document comes to light as a new claim by US states for $2.2 trillion for harm from the drugmaker’s alleged role in America’s opioid epidemic was disclosed on Monday as part of Purdue’s bankruptcy proceedings. States accuse Purdue of pushing prescription painkillers on American doctors and patients while playing down the risks of abuse and overdose. The filings cite more than 200,000 deaths in the US tied directly to prescription opioids between 1999 and 2016. The six-page memo, titled Proposed Indictment of Purdue Pharma LP recommended indicting the company for mail fraud, wire fraud, money laundering and conspiracy – charges that could have put the company out of business. (The Guardian)