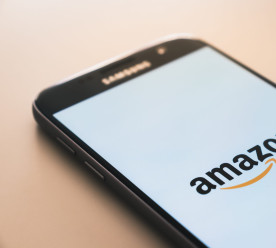 Tech giant Amazon has launched the latest phase of its high-profile Climate Pledge initiative, unveiling a new $2 billion venture investment programme to help scale up “visionary companies whose products and services will facilitate the transition to a zero-carbon economy”. Jeff Bezos, Amazon founder and CEO, said the new fund would support the net-zero pledge, by helping to catalyse a new wave of clean tech development. The fund is expected to invest in multiple industries, including transportation and logistics, energy generation, storage and utilisation, manufacturing and materials, circular economy, and food and agriculture. Amazon also suggested that over time it will look to involve other Climate Pledge signatories in the venture investment programme. This action follows significant pressure from its own employees to do more. Nearly 9,000 workers have joined the group Amazon Employees for Climate Justice (AECJ) since April 2019, calling on the company to take stronger climate action.

Amazon’s commitment to a new climate fund is the latest move in the company’s ostensible U-turn on its climate commitments. Previously derided as dragging its heels on the issue, the company has now committed to net-zero carbon emissions by 2040, put $100 million in reforestation projects and ramp up its investment in electric delivery vehicles. But while its most recent announcement of $2 billion funding for tech solutions to the climate problem is seismic in scale, serious question marks can be raised on how effective such a strategy will be. A report from a Government-funded consortium of academics from Cambridge, Oxford, Nottingham, Bath and Imperial College London earlier this year, stated that breakthrough technologies, such as carbon capture and hydrogen, cannot be relied upon to help the UK meet its 2050 target, as it would be impossible to scale those technologies in time. It seems a stretch to think Amazon would be able to do this for the projects it funds with this pledge, with ten years less to play with. Tech solutions may in time have their role to play, but big tech firms must not bank on a breakthrough technocratic solution. (Business Green, Wall Street Journal*)