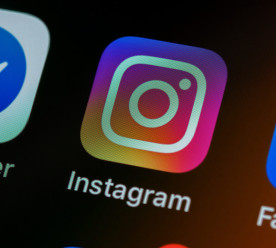 Conspiracy theories about Jewish people “controlling the world” are to be explicitly banned from Facebook and Instagram for the first time, after the company announced an update to its content policies. The ban on “certain kinds of implicit hate speech” would also include content depicting blackface, Facebook’s vice-president of integrity, Guy Rosen, said. The failure explicitly to count antisemitic conspiracy theories as a form of hate speech was highlighted in July, when Wiley, the British rapper and DJ, posted a series of antisemitic comments on his Instagram account, after a similar rant on Twitter. The posts, which were widely condemned, initially led to a seven-day suspension from Instagram, with his account being fully deleted only five days later. As well as the new rules, Facebook has committed for the first time to an external audit of its moderation reports, beginning in 2021. (The Guardian)

The head of a United Nations investigative body on Myanmar said Facebook has not released evidence of “serious international crimes”, despite vowing to work with investigators looking into abuses in the country including against the Rohingya Muslim minority. Mr Nicholas Koumjian, head of the Independent Investigative Mechanism on Myanmar (IIMM), told Reuters the social media giant was holding material “highly relevant and probative of serious international crimes” but had not shared any during year-long talks. Myanmar is facing charges of genocide at the International Court of Justice (ICJ) over a 2017 military crackdown on the Rohingya that forced more than 730,000 people to flee into neighbouring Bangladesh. UN investigators said Facebook had played a key role in spreading hate speech that fuelled the violence. The company says it is working to stop hate speech and has deleted accounts linked to the military including senior army officials but preserved data. (Straits Times)

Bloomberg has thrown its hat into the ring in the race to become the dominant provider of sustainability data and ratings, launching its first in-house ESG scores for investors. The financial giant – whose namesake, Michael Bloomberg, chairs the Taskforce on Climate-related Financial Disclosures, through which more than 1,000 organisations have agreed to report on climate risk – will begin by scoring Oil & Gas firms on environmental and social performance, and will assess thousands of companies’ board composition. The environmental and social scores will initially cover 252 companies in Oil & Gas, because of the sector’s systemic role in climate change, and because “there is typically stronger disclosure data from these companies”, Bloomberg said in a statement. Last month, Responsible-Investor revealed that Moody’s Vigeo Eiris would make its ESG ratings free and public, following similar announcements from MSCI and Sustainalytics. The trend comes as the industry faces increasing pressure over the lack of coordination and consistency in ESG ratings offered by different providers. (Responsible-Investor)*

European battery makers power up for a green recovery

European battery makers are gearing up to take advantage of massive “green” stimulus packages unveiled since the coronavirus pandemic though many acknowledge it will be tough to match the Asian giants that dominate the mainstream market. While Sweden’s Northvolt, and more recently France’s Verkor, are making a play for large-scale production, other European companies are focusing on niche markets and new technologies rather than taking on Chinese and South Korean firms with mass production of batteries destined for electric vehicles . From Greek battery maker Sunlight to start-ups like InoBat Auto in Slovakia and Switzerland’s Innolith, firms say the challenge of building economies of scale fast to compete head-on means finding niches is a more likely path to success, for now. Ever since it launched the European Battery Alliance in 2017, Europe has been pushing local firms to develop an industry that should flourish in a low-carbon future and ensure the continent is not reliant on imported products – or technology. (Reuters)

The COVID-19 pandemic has hit Black Americans especially hard after decades of social and economic injustices, but it also presents an opportunity for systemic change, said financier Robert Smith, the wealthiest African-American according to Forbes. In a video interview with Reuters, the CEO of private equity firm Vista Equity Partners said companies that profited from the Transatlantic slave trade should consider making reparations to African-Americans. Corporations “can bring their expertise and capital to repair the communities that they are directly associated with in the industries in which they cover,” Smith said. The death of George Floyd in May reignited protests in the United States and globally against racism and police brutality. Floyd, an African-American man, died after a Minneapolis police officer knelt on his neck for more than eight minutes. Smith said he was pushing U.S. lawmakers to make more aid available to Black communities and focusing on getting capital to community development financial institutions and minority depository institutions. (Reuters)