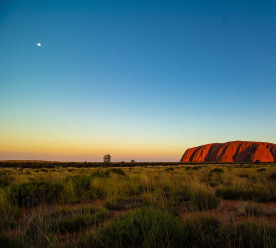 Rio Tinto’s chief executive, Jean-Sébastien Jacques, is facing calls to resign after admitting he did not know the cultural significance of a 46,000-year-old Aboriginal site before the mining group blew it up. The Aboriginal rock shelters were destroyed to gain access to iron ore deposits worth $135m. The Anglo-Australian miner told Australian MPs its senior executives, including Mr Jacques, had not read a 2018 archaeological report the company had commissioned. The study found the site was of the “highest archaeological significance in Australia”. AustralianSuper, the country’s biggest pension fund with A$130bn (US$94bn) in assets, described the company’s actions as “totally unacceptable” and said it had made its position clear to Rio’s senior management and board.  The controversy has put Rio under intense scrutiny from investors, The Australian Centre for Corporate Responsibility, a shareholder advocacy group, has become the latest investor group to call on Mr Jacques to resign. (FT)

Ministers have unveiled long-awaited proposals to streamline the UK’s planning regime. The reforms are primarily designed to fast-track new developments by establishing pre-approved design codes and requiring councils to assign ‘growth’, ‘renewal’, and ‘protection’ zones. The approach would effectively remove a layer of the planning process. The proposals reiterate the government’s plans to strengthen environmental standards for new homes and hints that it could pull forward the 2025 target date for introducing the new Future Homes Standard, which will require new homes to be “zero carbon ready”. However, while welcoming the commitment to greener homes, environmental groups highlighted a raft of concerns with the new proposals, voicing fears that new standards are likely to be under-policed and warning that efforts to fast-track planning approvals risk creating new ‘slums’. (BusinessGreen)

In South East Asia, Facebook has been cracking down on adverts on its platform that are offering illegal wildlife for sale. Facebook has a policy that bans the sale of animals on its platform. However, World Wildlife Fund researchers counted 2,143 wild animals offered for sale during a 5 month period. Since wildlife charities alerted Facebook of these adverts more than 500 posts, accounts, and groups were taken down in April and July. Southeast Asia is a major hub in the multi-billion dollar global wildlife trade and, according to monitors, sellers are increasingly using social media due to its massive reach and private chat functions. Myanmar came under fire in recent weeks over reported plans to allow captive breeding of about 175 threatened species including tigers and pangolins. Fighting the illegal online wildlife trade poses a serious challenge for governments across the region, where many national laws lag behind, said Elizabeth John, senior communications officer for TRAFFIC, a non-government organisation.  (Reuters)

ITV commits to 46% reduction in emissions through 1.5C science-based targets

The broadcaster ITV has outlined new targets to reduce emissions by more than 46%, reach 100% renewables and certify its studios and programmes to sustainability standards. The targets will be approved by the Science Based Targets initiative (SBTi). ITV’s director of social purpose Clare Phillips said: “The next 10 years are key in averting irreversible and catastrophic climate change. It’s why we have aligned ITV’s 2030 environmental targets to the reductions that science is telling us we need to do.” ITV has also pledged to become a zero-waste business by 2030, with an interim target of 75% reused and recycled waste by 2025 and it is a signatory to the Taskforce on Climate-related Financial Disclosures (TCFD). (Edie)

As lockdowns were put in place worldwide, a drop in demand for oil pushed prices to historic lows, making virgin plastics – already becoming cheaper than the recycled equivalent – even more affordable. In Europe, virgin polyethylene terephthalate (PET) was over 7%, or 60 euros ($71) per tonne, cheaper than the recycled equivalent last month, data from S&P Global Platts showed. Industry group Plastic Recyclers Europe said firms in most European Union member states have signalled their recycling facilities have drastically reduced their operations and, in many cases, closed their lines for at least a few months. Europe generates around 26 million tonnes of plastic waste annually, but less than 30% of that is collected for recycling. Experts say existing targets to improve plastic recycling could be in danger of not being met. The EU is to ban a range of single-use plastic items by 2021, a huge ambition which could now be under threat as more and more consumers and restaurants become more dependent on disposable plastic products due to contagion fears. (Reuters)