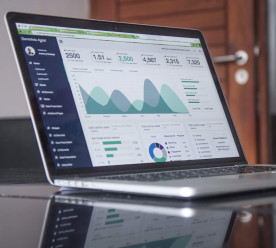 Non-profit-organisation CDP has today launched a new set of climate ratings that gauges the temperature pathway of investor portfolios, funds, and stock indices, in a bid to help financiers better understand and manage escalating climate risks. The investor-backed non-profit hopes the new metric, which translates emissions targets into warming trajectories, will prompt investors to take steps to futureproof their portfolios and funds from worsening climate impacts and stranded asset risks. The rating system, which builds on a new approach being developed by CDP and WWF, reflect global warming likely to occur if the company reduces its greenhouse gas emissions in line with stated targets. Europe’s largest asset manager Amundi is the first company to adopt the climate rating system for its ESG analysis. It revealed today that four of its multisector equity funds – including ‘CPR Invest – Climate Action’ and ‘Amundi Global Ecology ESG’ – are aligned with temperature pathways in the range of 2.6C to 2.7C. (BusinessGreen)

Boohoo dropped by Next, Asos and Zalando over exploitation claims

Major retailers have dropped fast fashion firm Boohoo over allegations of low pay and unsafe conditions for its workers. Clothing retailer Next dropped Boohoo clothes from its websites last week, while Asos and Zalando followed suit on Tuesday. This follows a Sunday Times report claiming workers at a Leicester factory were paid £3.50 an hour, while being offered no protection from coronavirus. The company, which also owns the Nasty Gal and PrettyLittleThing brands, has denied any responsibility but said it would “thoroughly investigate” the claims. In a statement it said: “We will not hesitate to immediately terminate relationships with any supplier who is found not to be acting within both the letter and spirit of our supplier code of conduct.” Zalando, the Berlin-based online fashion store, said it “has made the decision to delist all products by Boohoo Group and subsidiaries and pause all new business with Boohoo effective 7 July”. Asos, meanwhile, has temporarily suspended its trading relationship with all Boohoo brands. (BBC)

BBC, ITV, BT Sport and Sky Sports have joined the BAFTA Sports Consortium to control the impact sports have on the environment. The BAFTA Sports Consortium builds upon the BAFTA’s Albert initiative, which provides businesses and individuals across the broadcasting sector with resources to help them not only minimise the environmental impacts of their operations but change the narrative around sustainability issues. The new sporting consortium will feature Sky Sports, BBC, ITV, BT Sport, Sunset & Vine, IMG, Premier League Productions, AELTC, Formula 1, Aurora Media and Channel 4. The consortium will develop ways to reduce the environmental impacts of sports broadcasting by sharing best practice. Already, an onsite power-sharing agreement between Premier League Productions, Sky Sports and BT Sport has helped reduce carbon emissions by 50 tonnes in six months. Sky Sports has meanwhile confirmed it is the first sports broadcaster to sign up to the UNFCCC Sports for Climate Action Framework. (Edie)

The organizers behind a major advertiser boycott of Facebook have called a meeting with CEO Mark Zuckerberg and other executives “disappointing”, saying the company failed to commit to concrete solutions for addressing hate speech and misinformation on the platform. Officials at Facebook, including Zuckerberg and COO Sheryl Sandberg, met with members of the coalition of civil rights groups over video chat to discuss the largest boycott in Facebook history, which has gained the support of more than 1,000 of its advertisers. But the company offered little in terms of concrete solutions, said Rashad Robinson of the Color of Change, one of the groups calling on advertisers to suspend spending as part of the campaign, known as Stop Hate for Profit. Facebook declined to commit to any specific policies or timelines and declined to commit to any of the 11 measures put forward by the coalition, the groups said in a press conference following the meeting. (The Guardian)

“Decarbonising Shipping: All Hands on Deck” is a joint report by oil producer Shell and consulting firm Deloitte that captures the industry view of how to decarbonise shipping. Shipping transports approximately 80% of the world’s trade volume, according to the United Nations Conference on Trade and Development (UNCTAD). Shell has published a joint report with Deloitte that outlines industry perspectives of how to accelerate decarbonisation of the shipping sector. “Decarbonising Shipping: All Hands on Deck” presents the views of 80 senior shipping executives, representing 22 countries and almost all segments of the industry. The report presents 12 solutions, or recommendations for action. The challenge for the industry is clear and there is little time to lose. The International Maritime Organization (IMO) has set an ambition to reduce the carbon intensity of emissions from shipping by at least 40% by 2030, and 70% by 2050, compared with 2008 levels. To achieve this, the shipping industry needs to unite in taking urgent action. (Shell)