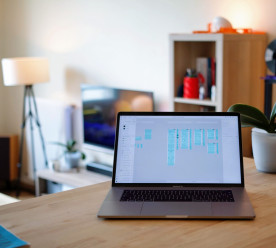 Tech giant Facebook will permanently embrace remote working, even after coronavirus lockdowns ease, CEO Mark Zuckerberg told employees on Thursday. Zuckerberg said the world’s largest social network would start “aggressively opening up remote hiring”, expecting that about half its workforce would work remotely over the next five to 10 years. “We’re going to be the most forward-leaning company on remote work at our scale,” Zuckerberg said in an interview. “We need to do this in a way that’s thoughtful and responsible, so we’re going to do this in a measured way…I think we could get to about half of the company working remotely permanently.” Facebook, with its more than 48,000 employees working in 70 offices across the globe, is so far the largest tech company to embrace long-term or permanent remote work in response to coronavirus pandemic. The news follows Twitter’s similar announcement earlier this month and accelerates the tech sector’s geographic diversification away from its home in Silicon Valley. (The Guardian)

Lloyds Banking Group investors rebelled against the lender’s pay policy for top bosses on Thursday, with more than a third of balloted shareholders rejecting its bonus plan. The significant opposition came after influential shareholder advisory group ISS recommended investors block Lloyds’ executive pay policy over concerns about a switch to more certain long-term bonuses. Like some other blue chip companies, Lloyds is switching to a restricted share incentive scheme for top bosses. Under the proposals, CEO Antonio Horta-Osorio can earn a maximum annual overall pay package of 6.3 million pounds ($7.7 million), down from 8.3 million pounds previously, ISS calculated. But ISS questioned whether the discount was sufficient given the higher probability of receiving the bonuses. Lloyds said it would consult investors further after some had expressed reservations, but said it would implement the new policy. Since last year’s investor meeting Lloyds has cut pension allowances for top bosses and raised contributions for all staff after criticism from politicians. Horta-Osorio and other executives have waived their bonuses for this year due to the coronavirus crisis. (Reuters)

Firms in Singapore now have until 31 March 2022 to tell the government how they intend to reduce, reuse and recycle their packaging, but the move will not affect Singapore’s plans to make companies responsible for post-consumer packaging waste, the environment agency has said. In an email from the National Environment Agency, companies were told on Tuesday that the deadline for mandatory reporting of their packaging data has been moved back a year. Hailin Pek, executive director of civic society group Zero Waste SG, which works with both the government and business on waste reduction initiatives, commented: “With the situation at hand, it does seem like packaging waste reduction has taken a back-burner temporarily, as we can see from the huge surge in use of packaging and disposable waste. This being unprecedented, it is understandable that some leeway is provided for later submission of data. However, if we are dealing with this as a potential new normal, waste and other environmental concerns should be dealt with on similar footing as socio-economic concerns.” (EcoBusiness)

A leaked version of the European Commission’s green recovery plan suggests the EU will focus on ramping up hydrogen production and expanding renewables capacity, as well renovating housing stock and decarbonising transport systems. A draft document of an official plan set to be published on 27 May sheds light on what types of low-carbon investments the EU intends to prioritise through its heavily-trailed green recovery plan, as it looks to reboot the economy while moving the continent closer to its climate goals. The EU has been inundated with calls from businesses, investors, green groups, politicians, and citizens for it to engineer a green recovery from the economic crisis. Under the leaked proposals – a working document which could change before they are published next week – the Commission revealed that improving the energy efficiency of Europe’s building stock was a priority, alongside dramatically ramping up hydrogen production, improving train services, and boosting sales of green vehicles. (Business Green)*

A planning application to create the UK’s first commercial-scale waste-to-jet fuel plant in North East Lincolnshire has been granted planning permission. Altalto Immingham, a subsidiary renewable fuel developer Velocys, submitted the planning request in August 2019. The company, which has been set up in collaboration with aviation and energy giants, British Airways and Shell, has this week confirmed that the North East Lincolnshire Council’s Planning Committee has approved the request to build Europe’s first commercial-scale plant to transform waste into low-carbon jet fuel, with a site chosen in North East Lincolnshire. The site is expected to take hundreds of tonnes of black bag household and commercial waste and turn it into fuel to be used by the aviation industry. According to Velocys, the new fuel enables a 70 percent net reduction in greenhouse gas emissions for each tonne that replaces traditional fuel. The coalition of companies aims to begin construction in 2022, subject to additional funding, and the facility could be operational by 2025. (edie)

Image Source: Working from home as a designer by Elise Bouet on Unsplash.