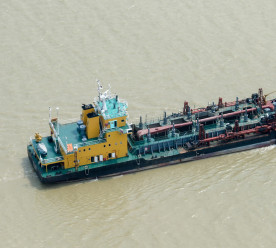 CDP: 24 per cent jump in corporates calling on suppliers to beef up green efforts

The number of large corporates calling on their suppliers to provide more information on their environmental performance has increased sharply in the past year, according to the latest update from the investor-backed CDP initiative. The number of large-scale purchasers asking suppliers to report environmental data through its disclosure programme has increased 24 percent since last year. Overall, the organisation has seen a net increase of 30 new companies in its supply chain programme, taking the total number of organisations signed up past the 150 mark. Together the coalition of private and public sector organisations wield a combined purchasing spend of more than $4tr. Dexter Galvin, global director of corporations and supply chains at CDP, said growing interest in supply chain engagement was unlikely to be derailed by the coronavirus crisis. “The current Covid-19 pandemic and its economic fallout has shown that building resiliency into our global supply chains has never been more vital,” he said. (BusinessGreen)*

The number of women running Fortune 500 companies has hit a record of 37. Even though the number of female CEOs is up, that’s still only 7.4 percent of the Fortune 500 ranked businesses compiled annually. Last year there were 33, which was up from 24 in 2018. But even though women are making strides to break through, there’s still a lack of racial diversity as 34 are white. None of the 500 companies on the list has a black woman at the helm, which is a drop-off from last year, as Mary Winston, interim CEO of Bed, Bath, and Beyond, the only black woman among these chief executives, has since been replaced with a permanent CEO. While there is a record number of women CEOs on the Fortune 500 list, it’s important to note that many of these female leaders are ranked at the bottom of the list in smaller companies. According to Fortune, only seven women run Fortune 100 companies. (CNN)

Research from the UN Environment Programme, Consumers International and the One Planet network found that 20 percent of the 30 worldwide recycling labels assessed were given a negative score by consulted experts, 17 percent were positive with the rest receiving mixed or neutral results. The authors have created five global recommendations for action to engage business, policy makers and standard setters in creating better plastics labelling with the aim to make sustainability the easy choice for consumers. The research also found a confusing use of the chasing arrows symbol associated with recycling. The authors said there is no standard practice for its use and brands can use the symbol for any meaning. “Consumers are increasingly aware of the impact of plastics on the environment, however information provided on plastics is not always clear and actionable. The five global recommendations for action will support businesses, policy and standard setters to enable consumers to make sustainable choices,” said Helena Leurent, director general of Consumers International. (Packaging News)

The number of frontline charities and community groups seeking help to feed the hungry from the UK’s largest food redistribution organisation has tripled since the start of the coronavirus pandemic. The charity FareShare has added a further 500 charities to its waiting list, more than 80 percent of which are delivering emergency food parcels to vulnerable families and individuals, its annual report said. In the month after lockdown was implemented, the charity distributed 3,208 tonnes of food – double the usual amount. The charity is now urging the government to cover the costs to producers and growers of saving surplus food from waste and sending it to charities, in order to tackle an expected rise in food poverty during and after the crisis. Lindsay Boswell, the chief executive of FareShare, said: “When the crisis ends, the need for our food will still be there. In April alone 856,500 more people claimed benefits and job opportunities fell by a quarter. Many more people will fall through the gaps in society and need the support of frontline charities.” (The Guardian)

The global growth of renewable energy will slow for the first time in 20 years due to the impact of the coronavirus pandemic, which will “hurt but not halt” the rise of clean energy. The world’s energy watchdog, the International Energy Agency (IEA), has warned that developers will build fewer wind farms and solar energy projects this year compared with a record roll out of renewables in 2019. But a rebound is possible in 2021, according to the IEA, if critical government decisions made within the next few months support a green economic recovery from the pandemic. New figures from the IEA predict that the world will grow its capacity of renewable energy by 6 percent or 167 GW this year. The forecast growth is 13 percent less than the amount of new capacity which started up in 2019. The renewable energy industry will be the most resilient energy source through the Covid-19 pandemic, according to the IEA’s figures which predict that the impact of the virus will wipe out the growth in fossil fuel demand this year. (The Guardian)