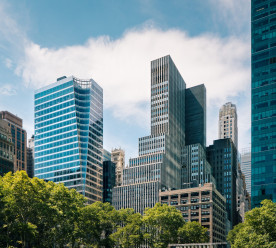 Responses to the coronavirus crisis have caused the sharpest drop in carbon output since records began. Daily emissions of carbon dioxide plunged 17% by early April compared with 2019 levels, according to the first definitive study of global carbon output this year. When the lockdown was at its most stringent, emissions fell by just over a quarter (26%) on average in some countries. “This is a really big fall, but at the same time, 83% of global emissions are left, which shows how difficult it is to reduce emissions with changes in behaviour,” said Corinne Le Quéré, a professor of climate change at the University of East Anglia, and lead author of the study. “And it is not desirable – this is not the way to tackle climate change.” The unprecedented fall is likely to be only temporary. As countries slowly get back to normal activity, over the course of the year the annual decline is likely to be only about 7%, if some restrictions to halt the virus remain in place. (The Guardian)

Europe’s largest businesses are failing to provide relevant climate-related data to investors, according to a report by The Climate Disclosure Standard Board (CDSB), a consortium of NGOs committed to advancing corporate reporting. The report, Falling short?, outlines the data disclosed by Europe’s 50 largest listed companies, which have a combined market capitalisation of $4.3trn. According to the report, more than three-quarters (78%) of the companies are failing to report climate-related risks, despite both the EU’s Non-Financial Reporting Directive and the recommendations of the Task Force on Climate-related Financial Disclosures (TCFD) calling for such data to be included. CDSB warns that investors need access to better data to help make informed decisions that will assist with the EU’s Green Deal. “More effective regulation is needed to ensure that companies are delivering the right information to investors. The current requirements of Directive haven’t produced the desired results, despite best intentions, and we need to move away from the mentality of reporting for the sake of it.” said Mardi McBrien, managing director, CDSB. (edie)

American media personalty and LGBTQ advocate Ashlee Marie Preston has launched a campaign asking corporations to reallocate their annual LGBTQ Pride budgets back to the community to help sustain LGBTQ groups and individuals impacted by the Covid-19 pandemic. Every June, LGBTQ Pride hits streets across the world in the form of parades, festivals and other celebratory events, paid for largely through corporate sponsorships and donations. Corporations typically spend between $10,000 and $1 million funding Pride festivals. Preston’s #PridePledge campaign plans to start publishing lists of which companies are taking the pledge to reallocate their June LGBTQ Pride budgets—as well as which companies are staying quiet. “Imagine the top 50 corporations, the combined money they’re spending nationally on Pride,” said Preston. “What we’re asking for is minuscule compared to their spending capacity as allies.” While there are no sign ups yet, Preston said she’s already in talks with a couple of companies. (AdWeek)*

The CEO of investment bank JPMorgan, Jamie Dimon, has become the latest billionaire to speak out about inequality in the US during the coronavirus pandemic — joining the ranks of Ray Dalio, Mark Cuban, and others. In a memo to stakeholders on Tuesday, Dimon said the coronavirus pandemic was “a wake-up call” for the country to address inequality. And he’s calling on government and business leaders to act. “This crisis must serve as a wake-up call and a call to action for business and government to think, act, and invest for the common good and confront the structural obstacles that have inhibited inclusive economic growth for years,” Dimon wrote. A number of business leaders have been vocal about the stark inequalities the pandemic has exposed. Mark Cuban, the billionaire Dallas Mavericks owner, has spoken out about income disparities in the US, joining Dalio in highlighting the issue. Facebook Chief Operating Officer Sheryl Sandberg is calling for paid sick leave and bereavement leave, and Melinda Gates is urging corporate leaders to prioritise childcare. (BusinessInsider)

British supermarkets have warned Brazil they might have to boycott its products if lawmakers there pass a contentious bill that could enable faster destruction of the Amazon rainforest. Sainsbury’s, Tesco, Morrisons and Marks & Spencer were among more than 40 companies to sign an open letter urging Brazil’s national legislature to reject the proposed bill, backed by President Jair Bolsonaro. The proposal before Congress will make it easier for those that settled on public land historically to obtain deeds for their properties, under certain circumstances. The letter from British supermarkets said the law would encourage “further land grabbing and widespread deforestation” which would endanger the survival of the Amazon, the goals of the 2015 Paris Agreement on climate change, and the rights of indigenous communities. “We believe that it would also put at risk the ability of organisations such as ours to continue sourcing from Brazil in the future,” the letter said. An Amazon research institute, Imazon, estimates the bill would hasten the deforestation of 11,000-16,000 square kilometres. (Reuters)