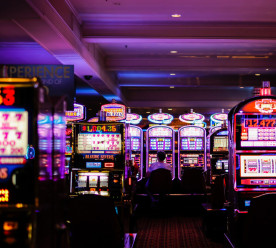 Gambling firms are undermining their pledge not to advertise during lockdown by showing “thinly veiled” commercials disguised as social responsibility messages, according to MPs who have urged the government to intervene. The Betting and Gaming Council (BGC), whose members make up the majority of the UK industry, vowed last month to suspend TV and radio adverts in response to concerns that vulnerable people and children were at greater risk during Covid-19 isolation. Instead, starting from last Friday, they promised to air “safer gambling” messages, detailing tools that customers can use to top themselves losing control, such as cash deposit limits. MPs on the all-party parliamentary group on gambling harm said: “These are clearly just forms of advertising under the thinly veiled guise of a social responsibility message.” The group said the alleged strategy was “a demonstration of the failure of self-regulation by the industry” and called on the government to intervene. (The Guardian)

Huge quantities of microplastic are gushing into the ocean, and they’re almost certainly causing damage to delicate marine ecosystems, experts say. A new report published in Science reveals the roving trajectory of microplastics after they enter the ocean. While some microplastics, like flecks of polystyrene, may float on the surface, most microplastics accrue algae and minerals that cause them to sink to the seafloor. From there, microplastics are picked up by deep-sea currents, which deposit them in areas of high sediment, creating what the study’s authors call “microplastic hotspots.” A team of international researchers collected data for this study by taking sediment samples from the seafloor in the Tyrrhenian Sea in the Mediterranean. They found that microplastic accumulated at depths of 600 to 900 meters, and that microplastic hotspots can hold up to 1.9 million pieces per square meter, which is the highest level ever to be recorded on the seafloor. (Eco-Business)

As climate change contributes to a surge in disease outbreaks across the world, scientists warn that current rates of environmental degradation and biodiversity loss will lead to more deadly pandemics like the coronavirus. More than two thirds of the diseases to present originated in animals and most of those were directly transmitted from wildlife to people. Habitat destruction like deforestation and agricultural development on wildland are increasingly forcing disease-carrying wild animals closer to humans, allowing new strains of infectious diseases to thrive. Research has found that Covid-19 likely originated in a horseshoe bat and was then transmitted through another animal. Bats are less likely to transmit viruses to humans when they are in wild habitats, but land conversion has increased their exposure to humans. (CNBC)

As of 10th May the UK had surpassed 30 days without coal-fired power, the nation’s longest stretch ever recorded, as confirmed by the National Grid’s Electricity System Operator (ESO). The UK’s month without coal was largely driven by reduced energy demands from reduced industrial and business productivity because of the lockdown. However, weather patterns have also enabled wind and solar to account for 23% of total demand for the 30-day period. In fact, coronavirus lockdowns have seen national energy demand fall by 15% for the month of April. Gas has accounted for almost one-third (32%) of demand during the month of coal-free generation, while nuclear accounted for 22%. The remainder of the energy mix comes from imports (12%), biomass (9%), large hydro (1%) and storage (<1%). Great Britain experienced its first coal-free day following industrialisation in April 2017. (Edie)

European energy giant Iberdrola is poised to further strengthen its renewables portfolio with the €100m acquisition of leading French developer Aalto Power. The Spain-based utility announced this morning that it has closed a deal to acquire Aalto Power from its owner, Aiolos and Caisse des Dépôts et Consignations. The transaction is now subject to standard closing conditions, including authorisation from the French Ministry of Economy. The deal would see Iberdrola take control of Aalto Power’s 118MW of onshore wind capacity, as well as its pipeline of 636MW of new onshore wind projects. The company said it would “continue to look for further growth opportunities in the French renewable energy sector in the coming months”. The move comes a day after Iberdrola was one of a raft of signatories to a statement from the Global Wind Energy Council (GWEC) making the case for wind energy projects to provide a key plank to national economic recovery plans. (Business Green)