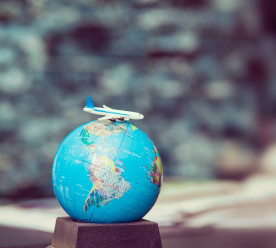 Green economy recovery packages for the coronavirus crisis will repair the global economy and put the world on track to tackle climate breakdown, but time is running out to implement the changes needed, new analysis has shown. The study from Oxford University compared green stimulus projects with traditional stimulus, such as measures taken after the 2008 global financial crisis. It found that found green projects create more jobs, deliver higher short-term returns per pound spent by the government, and lead to increased long-term cost savings. Many of the projects that could create new jobs in the UK are “shovel-ready”, compliant with social distancing requirements and could be started quickly, said Cameron Hepburn, director of the Smith School of enterprise and the environment at Oxford University and lead author of the study. He cited energy efficiency programmes to insulate the UK’s draughty housing stock, the building of electric vehicle charging networks, redesigning roads for more cycling, flood protection and planting trees. (The Guardian)

More than $8 billion has been pledged towards developing a coronavirus vaccine and funding research into the diagnosis and treatment of the disease during an online summit of 40 countries hosted by the EU. In total, more than 30 countries, along with UN and philanthropic bodies and research institutes, made donations. EU Commission President Ursula von der Leyen said the money would help kickstart unprecedented global co-operation. In her opening remarks at the summit, Ms von der Leyen said everyone must chip in to finance “a truly global endeavour”. The European Commission pledged $1 billion to fund research on a vaccine, with Norway matching this contribution. France, Saudi Arabia and Germany pledged €500 million each, while Japan pledged more than $800m. The US and Russia did not take part. Of the money raised, $4.4 billion will go on vaccine development, some $2 billion on the search for a treatment and $1.6 billion for producing tests, the EU said. (BBC)

The Australian government has set aside A$300 million ($191 million) to jumpstart hydrogen projects with the help of low-cost financing as the country aims to build the industry by 2030, the country’s energy minister said on Monday. The hydrogen push marks one of the few areas where the conservative government’s ambitions align with renewable energy advocates, who fear the government’s support of coal and gas is thwarting efforts to cut carbon emissions. Energy and Emissions Reduction Minister Angus Taylor said the government has a strong commitment to building a hydrogen industry, as it will create jobs and billions of dollars in economic growth over the next several decades. The Advancing Hydrogen Fund will be run and paid for by the government’s Clean Energy Finance Corporation (CEFC) and will focus on projects that demonstrate commercial viability of producing hydrogen at large scale. The hydrogen fund will work with the government’s Australian Renewable Energy Agency, which recently called for bids for hydrogen projects to be backed. (Reuters)

Global charities team up on coronavirus lifeline for social entrepreneurs

A group of 40 global aid agencies and charities have launched an alliance to help social entrepreneurs weather the coronavirus crisis, saying they provided a vital safety net for some of the world’s poorest people. Backed by the World Economic Forum (WEF), the alliance is made up of 40 leading global organisations including the Schwab Foundation, Yunus Social Business and USAID. Members of the partnership, called the COVID Response Alliance for Social Entrepreneurs, collectively support more than 15,000 social entrepreneurs who help vulnerable and marginalised groups in about 190 countries. With many countries living under strict lockdowns, it has become harder for social entrepreneurs – many of whom are directly responding to the crisis – to keep their businesses afloat. The alliance, which also includes the Skoll Foundation, Ashoka, the IKEA Foundation, the Global Impact Investing Network and Aspen Network of Development Entrepreneurs, has collectively raised $75 million to help social entrepreneurs in the crisis. (Thomas Reuters Foundation)

Apple and Alphabet‘s Google on Monday said they would ban the use of location tracking in apps that use a new contact tracing system the two are building to help slow the spread of the novel coronavirus. Apple and Google, whose operating systems power 99 percent of smart phones, said last month they would work together to create a system for notifying people who have been near others who have tested positive for COVID-19. The companies plan to allow only public health authorities to use the technology. Both companies said privacy and preventing governments from using the system to compile data on citizens was a primary goal. The system uses Bluetooth signals from phones to detect encounters and does not use or store GPS location data. But the developers of official coronavirus-related apps in several U.S. states told Reuters last month it was vital they be allowed to use GPS location data in conjunction with the new contact tracing system to track how outbreaks move and identify hotspots. (Thomas Reuters Foundation)