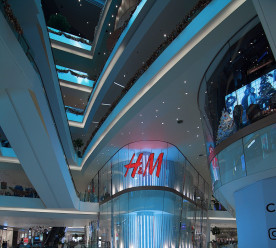 Primark and H&M are supporting garment workers, while other retail giants stay silent

Fast fashion firm Primark has announced it will create a fund to help pay the wages of the millions of garment workers affected by its decision to cancel tens of millions of pounds worth of clothing orders from factories in developing countries. Primark has also committed to paying suppliers for £370 million of orders that were in transit, in production or finished by 17 April. The pledges followed sustained criticism of the retailer, after data from the Bangladesh Garment Manufacturers and Exporters Association (BGMEA) revealed it had cancelled all orders already placed with suppliers. Fellow fashion giant H&M has also said it is working with other companies to support garment workers in Bangladesh. Bangladesh is one of the world’s top suppliers of clothes to Western countries, with some 4,000 factories employing about 4 million people, mostly women. The impact on the economy is therefore also causing concern in a country where many live from hand to mouth, and both unions and human rights groups have asked major Western buyers to provide financial support.

With a business model that relies on fast-moving trends, fast fashion is thought to be one of the industries hardest hit by the global lockdown. While some have grabbed the headlines for repurposing production to make scrubs, masks and hand sanitisers for health workers, the supply chain support shown by Primark and H&M is equally vital. Because it is here where a global workforce of 300 million sits, relatively unprotected. But the congratulations may not spread to all within the fashion industry. As Rubana Huq, president of the BGMEA, has said, “With the exception of a few, most of the brands have cancelled their orders and distanced from the contracts they have entered with suppliers.” Adding to this, many clothing brands that agreed not to cancel their orders are now demanding price cuts of up to 50%. At Corporate Citizenship, we expect to see greater stakeholder pressure piling on others in the fashion industry, as with Primark, to demonstrate greater responsibility for those critical to their supply chains.