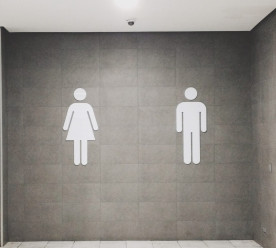 New analysis by the EU’s Eurofound agency, which tracks trends to inform policy-making, has found that the gender employment gap costs the EU €360 billion per year. The figure is related to losses from foregone earnings, missed welfare contributions and public finance costs linked to lower occupation for women. In some developing countries, where the pay gap is particularly wide, women are paid less when working for multinationals than for local companies. In similar news, the UK’s Trade Union Federation recently conducted a study revealing that the UK’s gender pay gap effectively means women work for free for approximately 63 days per year across different sectors. The study also claims that the gender pay gap will not be closed within the next 50 years from now, based on the current rate of performance. New measures introduced by the British government have now suspended mandatory gender pay gap reporting for this year, reportedly to ease the burden on companies during the coronavirus outbreak. The gender pay gap in the country stands at 8.9% among full-time employees, with other European countries performing even worse.

The results of the various recent studies on gender inequality, unfortunately only confirm what is already known. Equality in gender pay is still something that most companies are yet to fix, and it is having a significant impact – not just on those deprived of equal opportunities, but also to the detriment of the wider economy. Although some businesses produce outstanding impacts for women, others still have to commit to parity in the workplace. Corporate Citizenship fully subscribes to the view that you can’t manage what you don’t measure, and the legally binding measures in the UK for large businesses to report on the gender pay gap has sparked improvements on what companies are doing to reduce the gap. Given the stark numbers raised out of the EU and Trade Union Federation research, this should act as a wake-up call for companies to do more. While the obligation to report on gender pay gap may be gone for a year in the UK, efforts to close it must not also be put on hold – as discussed in our recent blog on why gender pay gap reporting is not immune to Covid 19. Also, see here our Gender Diversity Accelerator on how to improve Gender Diversity in the workplace.