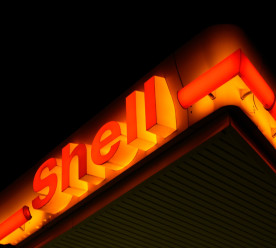 One of the world’s largest emitters, Royal Dutch Shell, is set to announce plans to become a net-zero emissions business by 2050 at the latest at its Responsible Investment Annual Briefing. Shell has confirmed its intention to align its energy business with the net-zero trajectory of the Paris Agreement to limit global heating to a 1.5C increase. The energy giant’s net-zero plans will cover scope one, two and three emissions. Specifically, Shell will aim to deliver net-zero emissions from the manufacture of all of its products (covering scope one and two) by 2050. However, the company has said that this ambition could be reached sooner. The company, which is the seventh-largest corporate emitter of carbon dioxide equivalent in the world, is also reducing the net carbon footprint of the energy products it sells to customers. Shell is targeting a 65% reduction in emissions across those products by 2050, with an interim target of 30% set for 2035. The net-zero target is an increase in the goals that Shell announced in 2017. (Edie)

A group of leading UK nature, science and conservation organisations have warned that the coronavirus outbreak has dealt a “significant blow” to their ability to enhance natural environments and provide natural solutions to climate change. The coalition of charities, which includes 55 organisations that make up the Wildlife and Countryside Link body, collectively protect 750,000 hectares of land and 800 miles of coastline. Environment charities are experiencing a dramatic loss of income resulting from the closure of visitor attractions, cancelled fundraising, and decreased donations, and access to grants. The government recently announced a £750m charity aid package and introduced a furlough scheme for the third sector, but this funding injection fell well short of the £4bn called for by the National Council for Voluntary Organisations (NVCO). Charities also remain locked out of the government’s business support schemes. Environmental groups are now calling on the government to consider additional short-term emergency funding. (Business Green)

Global commodities trader Cargill Inc is to pay American farmers for capturing carbon in their field soils and cutting fertilizer runoff, starting this spring. The Soil & Water Outcomes Fund, a partnership with the Iowa Soybean Association and third-party verification company Quantified Ventures, will then sell the environmental credits created to polluters, such as cities and companies, including Cargill itself. The program is a welcome source of farm revenue as the price of crops, such as corn and soybeans, hovers near the lowest in several years owing to United States/China trade ware and the coronavirus pandemic. Funded by grants from Cargill and the Walton Family Foundation, the Soil & Water Outcomes Fund will pay farmers $30 to $45 per acre this season, depending on what environmental results are confirmed. The fund is among the first to seek to verify and monetize the environmental benefits of farming practices such as no-till farming and planting cover crops to prevent erosion. (Reuters)

Microsoft has announced the creation of a “Planetary Computer” that will give charities, business and policymakers access to scientific data on how land use, reforestation and other wildlife initiatives can improve biodiversity conservation and climate change mitigation. The platform builds on Microsoft’s AI for Earth initiative that was launched two-and-a-half years ago and is accompanied by a pledge from the firm to protect more land than it uses by 2025, with approaches such as land acquisition, conservation easement, national park creation, and community or indigenous-led conservation set to be prioritised. Microsoft is partnering with The Nature Conservancy globally and the National Fish and Wildlife Foundation in the US to deliver on this commitment. The Planetary Computer will combine satellite imagery with an AI platform to provide data on global ecosystems and to deliver predictive models and estimates of global carbon stocks. Microsoft hopes the data will inform political and corporate decisions on land use and how that will impact climate change. (Edie)

A federal appeals court on Thursday revived nationwide litigation accusing social media platform Facebook of violating users’ privacy rights by tracking their internet activity even after they logged out of the social media website. The 9th US Circuit Court of Appeals in San Francisco said Facebook users could pursue several claims under federal and California privacy and wiretapping laws. A spokeswoman for Facebook said the proposed class action was without merit, and the Menlo Park, California-based company will continue defending itself. Facebook users had accused the company of quietly storing cookies on their browsers that tracked when they visited outside websites containing “like” buttons, and then selling personal profiles based on their browsing histories to advertisers. In Thursday’s decision, Chief Judge Sidney Thomas wrote for a 3-judge panel that users had a reasonable expectation of privacy and had sufficiently alleged a “clear invasion” of their right to privacy. (Business-humanrights)