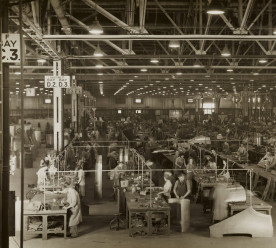 More than a million Bangaldeshi garment workers have been sent home without pay or have lost their jobs after western clothing brands cancelled or suspended £2.4 billion of existing orders in the wake of the Covid-19 epidemic, according to data from the Bangladeshi and Garment Exporters Association (BGMEA). Primark and the Edinburgh Woollen Mill are among the retailers that have collectively cancelled £1.4 billion and suspended an additional £1bn of orders as they scramble to minimise losses. This includes nearly £1.3 billion of orders that were already in production or had been completed, according to BGMEA. Other brands included in the data, including clothing stores Next, supermarkets Marks & Spencer and Tesco have since said they will honour existing orders that have been placed with Bangladeshi suppliers. The BGMEA said the impact of the cancellations has already been “catastrophic” for Bangladesh with coronavirus cutbacks amounting to a ‘wholesale abandonment’ of garment workers. More than one-quarter of the country’s 4 million garment workers have lost their jobs or have been furloughed without pay. (The Guardian)

The independent brewer BrewDog is considering reformulating hand sanitiser after its initial batch was turned down by a hospital because it did not meet medical standards. The firm said last month it would be giving away its “punk sanitiser”, produced at its distillery in Aberdeenshire, Scotland, free to charities and to the Aberdeen Royal Infirmary. While the sanitiser is 68% alcohol, well above the 60% minimum recommended by the Health and Safety Executive in the UK, it does not meet more stringent requirements for a medical environment. BrewDog’s founder, James Watt, said it had distributed 100,000 bottles of sanitiser to groups including the Archie Foundation and Aberlour children’s charities and would continue to supply frontline workers and charities. BrewDog began producing sanitiser last month amid shortages of the alcohol-based hand cleaner, which has been flagged as an important tool in combatting coronavirus. (The Guardian)

The clothing H&M Group collected more than 29,000 tonnes of used clothing though its in-store network of take-back points last year, representing a 40% year-on-year increase in clothing taken back. The achievement surpasses the company’s 2020 goal to collect at least 25,000 tonnes a year ahead of schedule. The milestone comes four years after the firm first began collecting garments. The take-back service was first introduced in selected H&M stores, before being rolled out across the brand and, more recently, across several of the Group’s other brands such as ARKET. Around 50-60% of the clothing deposited is reused – either sold via resale platforms or given to charity partners for resale. Between 3% and 7% of the clothing collected by H&M Group is destroyed. The firm claims it sends no textiles to landfill, instead incinerating them for energy recovery. H&M Group’s garment take-back scheme forms part of its pledge to become a “fully circular” business by 2030. (Edie)

Think tank Green Alliance has called on the UK government to move swiftly in establishing a new watchdog to oversee an anticipated surge in the development of carbon offsets through new nature-based approaches to emissions reduction. The Green Alliance says a new oversight body is needed to tackle the risk of ‘junk credits’ as reliance on carbon offsets grows. A report by the Green Alliance, published today details how carbon offsets are set to play a growing role in efforts to deliver on both the UK’s net zero emissions target and similar goals set by leading businesses. But the report warns that without independent oversight the market for carbon offsets risks being undermined by ‘junk credits’ that fail to deliver promised emissions savings. James Elliott, policy adviser at Green Alliance, said offsetting has “become a dirty word for environmentalists because of bad carbon credit schemes and the risk it will be used as an excuse to keep polluting”. (Business Green)

UK tech start-up has gained backing from innovation agency Innovate UK to assess South Africa’s former gold mines for energy storage capability. Gravitricity has unveiled plans to explore the energy storage potential of South Africa’s former mine shafts, thanks to a £300,000 funding boost from government agency Innovate UK. The company’s energy storage technology works by raising multiple heavy weights, weighing up to 21,000 tonnes in total, in a deep shaft and releasing them again to power a generator when the energy is required. It said its system was ideally suited to South Africa where numerous mine shafts are situated, with some as deep as 3km, adding that it could help balance the grid in a country currently facing an “energy crisis” that has resulted in frequent blackouts. Field trips to scope out suitable sites in South Africa have had to be delayed until next year due to the current coronavirus pandemic. (Business Green)