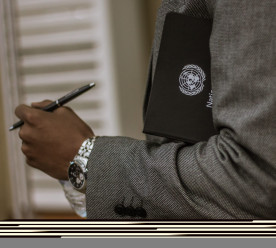 The UN climate talks due to be held in Glasgow this year have been postponed to 2021 as governments around the world struggle to halt the spread of coronavirus. The most important climate negotiations since the Paris agreement in 2015 were scheduled to take place this November to put countries back on track to avoid climate breakdown. A statement from the UN on Wednesday night confirmed that the meeting of over 26,000 attendees would be delayed until next year. It said new dates for the conference would be decided in due course. Several prominent climate experts had feared that delaying the talks would mean governments eased off on pursuing stronger commitments to fulfil the Paris goals. The Institutional Investors Group on Climate Change (IIGCC), however, welcomed the delay as the best hope of rebuilding diplomatic momentum before the talks take place. Stephanie Pfeifer, the group’s CEO, said investors would support the decision because it “improves the likelihood of a strong outcome”. (The Guardian)

UK Business Secretary Alok Sharma has issued a stark warning to banks, after concerns that up to a million companies could fold because they could be denied emergency loans. The government-backed loan scheme aims to ensure companies can access cash as the UK lockdown slows the economy. But some say loans have been denied. Mr Sharma referenced the financial crisis – when the government bailed out a number of the UK’s largest banks. “Just as the taxpayer stepped in to help the banks back in 2008, we will work with the banks to do everything they can to repay that favour and support the businesses and people of the United Kingdom in their time of need,” he said. Banks have been criticised by companies and MPs for insisting directors put their own property or savings up as collateral before they are approved for the emergency loans. Businesses have also complained of banks charging interest rates of up to 30%. (BBC)

Delivery giant UPS and tech developer Moixa have teamed-up with UK Power Networks (UKPN), Innovate UK, and Cross River Partnership to optimise electric vehicle (EV) fleet charging. The innovative smart charging project is aimed at demonstrating the carbon, cost, and grid benefits associated with switching large logistics fleets to electric models and managing them using AI software. Starting in May, the project will see the charging of UPS electric delivery vehicles operating from the company’s Camden, London depot managed using Moixa’s GridShare AI software, in a bid to optimise EV charging to take place at times of least demand on the grid and drive energy bill reductions. For the new project, UPS said it hoped to provide a blueprint for other global fleet operators to follow suit in using AI technology to manage local energy systems. Once the initial project is complete, the partnership will continue working to develop a framework for other firms and operators to rollout AI-led local energy system software. (Business Green)

Renewable power purchase agreements (PPAs) made by corporates in Europe totalled 8GW in 2019, up from 5.5GW in 2018, according to the latest research from the RE-Source Platform, a consortium consisting of influential organisations for renewable energy. According to the report, wind accounted for 85% of the off-site PPA deals made in 2019 by value. Investment in such deals was particularly pronounced in Sweden, Norway and here in the UK. It also found policymakers and businesses in most European nations are prioritising offshore renewable generation technologies, as they can typically be made larger than onshore arrays. Additionally, renewable PPAs made in the US last year totalled 16GW, up from 10GW in 2018, equivalent to four-fifths of the global total. The RE-Source Platform includes Climate Group’s RE100 initiative and its member corporates; WindEurope, SolarPower Europe; environmental impact organisation CDP and the World Business Council for Sustainable Development (WBCSD). (Edie)