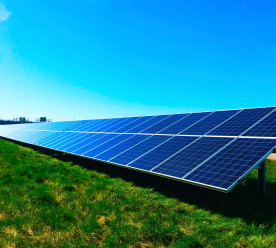 Wind and solar plants will soon be cheaper than coal in all big markets around world, analysis finds

Building new wind and solar plants will soon be cheaper in every major market across the globe than running existing coal-fired power stations, according to a new report. The analysis by the Carbon Tracker Initiative, a climate finance thinktank, found renewable power was expected to cost less than electricity from existing coal plants by 2030 at the latest. Solar photovoltaics and wind energy were already cheaper than electricity from about 60% of coal stations, including about 70% of China’s coal fleet and half of Australia’s plants, it said. The findings raise doubt about the medium-term viability of Australia’s $26bn thermal coal export industry. In Japan, where Australia sells nearly half its exported thermal coal, wind power was found to cost less than new coal plants and was expected to be cheaper than existing coal by 2028. Yet, the report acknowledged this trend did not necessarily mean coal power would be pushed from the market within a decade, and that governments played a key role in incentivising or underwriting coal use. (The Guardian)

Amazonian Quechua representative Aurelio Chino has accused oil exploration company Pluspetrol of holding companies in tax havens like the Netherlands to avoid paying taxes in developing countries such as Peru. The company, he alleged in his representations to the Organisation for Economic Cooperation and Development (OECD), has also caused devastating health impacts through oil exploration and drilling in remote parts of Peru’s rainforest. Chino submitted the complaint to the Dutch contact point for the OECD in The Hague, calling on the Dutch government to stop allowing foreign companies to abuse the country’s tax law and to close the loopholes that make the Netherlands one of the world’s biggest tax havens. The complaint is part of a global trend towards civil society in developing countries using global legal tactics to address environmental crimes. The civil society groups Perú Equidad and the Amsterdam-based Centre for Research on Multinational Corporations (Somo) have supported the complaint against Pluspetrol. The firm has Dutch headquarters with just one employee. (The Guardian)

Despite highly-publicised cases of returning illegal waste shipments last year, foreign scrap continues to flood Philippines shores according to a new report by environmental watchdog Greenpeace and two independent non-profits. The findings indicate that local laws are not enough to protect the Philippines from foreign waste dumping. Regulatory loopholes also persist in Thailand and Malaysia, two of Southeast Asia’s top plastic waste importing countries. Although hazardous waste is prohibited from entering the Philippines, trash marked as “for recycling” is legal, opening up a loophole that may permit the entry of illegal waste, said Greenpeace. The top exporters of plastic waste to Southeast Asia in 2018 were the United States, Japan, Hong Kong, Germany, and the United Kingdom. The Basel Convention, working toward a ban of all plastic and electronic waste imports to the Southeast Asian region, was amended last year to prohibit the importation of all waste. Within the region, only Brunei, Indonesia, and Malaysia have ratified the amendment. (Eco-Business)

The increased impacts of climate change coupled with rapid growth of alternative proteins will put billions of dollars at risk in the meat sector, according to the $20 trillion investor network FAIRR. The network examined 43 of the world’s largest listed meat companies, many of which supply to fast-food companies like McDonald’s and Burger King, finding that some meat suppliers could lose 45 percent of earnings by 2050. The emergence of the alternative protein market will also impact earnings, with the study predicting that alternative proteins will command at least 16 percent of total meat market by 2050, potentially rising up to 62 percent. The assessments were made using the Coller FAIRR Climate Risk Tool, which provides investors with a model to assess the risks and opportunities for meat companies in a 2C future world. Food manufacturers and retailers such as Tesco, Unilever and Nestlé are seizing the opportunity of a thriving plant-based market to assist with the low-carbon transition. (Edie)

O2 and SSE team up for supply chain renewables offer

Mobile operator O2 has partnered with energy company SSE Business Energy to offer its suppliers the chance to buy renewable energy at a reduced rate. O2 has taken a major step in support of its recently announced net zero goal to launch a new service that allows all O2 suppliers and business partners in Great Britain to buy renewable electricity at an exclusive reduced rate. The scheme effectively extends O2’s existing large-scale energy supply contract with SSE Business Energy, which secured the mobile operator a discounted rate for its renewable power. The SSE Green Electricity tariff provides 100 percent renewable wind and hydro power. The news comes just days after O2 announced plans to deliver a net zero mobile network by 2025, promising to ramp up its use of renewable power through its supply chain and step up investment in energy-saving measures. (Business Green)