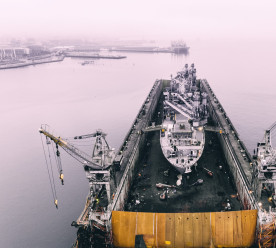 The International Energy Agency (IEA) has altered its oil market forecast in light of the impact of coronavirus. The latest IEA Oil Market Report indicates that current global oil demands are sharply diminishing compared to this time a year ago. Where it was predicting an 825,000-barrel increase in daily demand, it is now expected that demand will be one million barrels less per day in 2020 than in 2019. If global measures fail to contain the virus, the IEA predicts that global oil demands will continue to be lower throughout the year. By December, demand could reach around 730,000 barrels less per day than in winter 2019, the Agency has found. However, the IEA declared that the coronavirus context could be a push for fossil fuel firms to transition in line with the Paris Agreement. The study outlines how oil demand will “rebound sharply” in 2021, as the coronavirus outbreak comes to an end, but will then slow through to 2025 due to global efforts toward the net-zero transition. (Edie)

Internet ‘is not working for women and girls’, says Berners-Lee

Inventor of World Wide Web, Tim Berners-Lee, has called for urgent action to make cyberspace safer for women and girls. Women and girls face a crisis of online harms, with sexual harassment, and discrimination making the web unsafe. The innovator claims that dangerous trends in online abuse are forcing women out of jobs, causing girls to skip school, damaging relationships and silencing female opinions. Additionally, Berners-Lee highlights three areas that need urgent attention. First, the digital divide that keeps more than half of the world’s women offline. Second, online safety women experience, including sexual harassment, threatening messages and having private images shared without consent. Finally, the third threat comes from badly designed artificial intelligence systems that exacerbate discrimination. The Internet originator called on companies and governments to tackle online abuse as a top priority this year and urged governments to strengthen laws that hold online abusers to account, and the public to speak up whenever they witnessed abuse online. (The Guardian)

UN chief warns both climate and coronavirus emergencies ‘must be defeated’

The release of a new United Nations (UN) report encourages action to tackle both coronavirus and climate change. UN Secretary General Antonio Guterres affirmed during the launch of the report that both coronavirus and climate change “require a determined response”. In the report appear strong warnings of ‘rising hunger, displacement and loss of life owing to extreme temperatures and floods around the world’. So, despite the urgency of the coronavirus crisis, the scale of the climate emergency presents a long-term threat and leaders should not be diverted away from climate action. Indeed, the annual World Meteorological Organisation (WMO) Statement on the State of the Global Climate, confirms that a record-breaking year of weather extremes in 2019 contributed directly to “rising hunger, displacement and loss of life”. The economic slowdown and travel constraints that are resulting from the coronavirus outbreak are expected to lead to lower emissions this year, but experts have warned any carbon savings will likely prove short-lived as governments seek to stimulate their economies in the coming months. (Business Green)

Commercial tree plantations in Britain do not store carbon to help the climate crisis because more than half of the harvested timber is used for less than 15 years and a quarter is burned, according to a new report. While fast-growing non-native conifers can sequester carbon more quickly than slow-growing broadleaved trees, carbon is released again if the trees are harvested and the wood is burned or used in products with short lifespans, such as packaging, pallets and fencing. The Committee on Climate Change has called for 1.5 billion new trees by 2050, increasing Britain’s forest cover from 13% to 19%. Yet, another problematic aspect arises. Thomas Lancaster, head of UK land policy at the Royal Society for the Protection of Birds (RSPB), affirms that planting conifers on the cheapest land such as the blanket bogs of Scotland’s Flow Country is “disastrous” for biodiversity, but also leads to carbon emissions because the bogs are drained for forestry and the peat degrades, releasing carbon into the atmosphere. (The Guardian)

The food and beverage giant PepsiCo’s renewed policy of ‘No Deforestation, No Peat, No Exploitation’ (NDPE), addresses a previous loophole by applying to a wider network of suppliers and business partners. Environmental activists have welcomed PepsiCo’s move to update its palm oil sustainability policy, following years of pressure over a supply chain tainted by deforestation, peatland conversion, and labour rights violations. PepsiCo’s new NDPE policy applies to all palm and palm kernel oil used globally and covers their entire supply chain, from direct suppliers to production sources at the group level. This key change puts PepsiCo top of the palm oil sustainability rankings among major brands graded by the Rainforest Action Network (RAN). Among other things, PepsiCo will need to address the claims against its Indonesian food associate Indofood Agri Resources on alleged labour rights abuses. PepsiCo’s NDPE policy also commits to addressing the problem of deforestation and aims at providing consistent traceability systems to identify the provenance of palm oil. (Eco-Business)

photo of ship inside oil rig by Ian Simmonds on Unsplash