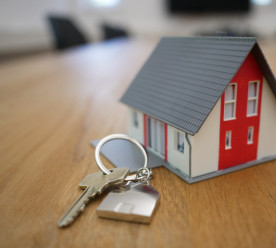 Taxpayer-owned bank RBS will allow people affected by the coronavirus outbreak to defer mortgage and loan repayments for up to three months. Banking groups TSB and Lloyds said they would also allow a mortgage window and could also allow savers to close fixed-term savings accounts without charge. The banks have said that such measures are designed to allow people to access cash if they need it as the impact of the virus is felt. Other support for individuals facing financial difficulties owing to the virus includes refunds on credit card cash advance fees, the option of applying for a temporarily increased credit card borrowing limit and asking for an increased cash withdrawal limit of up to £500. Banks are also announcing extra support for affected businesses. For instance, Barclays said it would offer extended or new overdraft facilities to business customers and Lloyds has said it would be open to requests from small businesses for overdraft extensions and other support. (BBC)

A Congolese human rights activist said he was forced to flee the country with his family after being linked to a lawsuit accusing the world’s largest tech companies of being complicit in the deaths of children in cobalt mines in the Democratic Republic of the Congo (DRC). Auguste Mutombo, executive director of Alternatives Plus, a DRC-based NGO that works to improve conditions in the mining sector, said that shortly after details of the lawsuit went public, he received dozens of death threats from people who claimed to be members of mining cooperatives. The legal action is directed toward tech companies Apple, Google, Tesla, Microsoft and Dell. The lawsuit, which was filed by human rights law firm International Rights Advocates, is seeking damages for forced labour and further compensation for unjust enrichment, negligent supervision and intentional infliction of emotional distress. It is the first time that any of the tech companies have faced such a legal challenge. (The Guardian)

Ecosystems the size of Amazon ‘can collapse within decades’

Even large ecosystems the size of the Amazon rainforest can collapse in a few decades, according to a study that shows bigger biomes break up relatively faster than small ones. The authors of the research published in the Nature Communications journal, said the results should warn policymakers they had less time than they realised to deal with the multiple climate and biodiversity crises facing the world. To examine the relationship between an ecosystem’s size and the speed of its collapse, the authors looked at 42 previous cases of “regime shift” such as the collapse of fisheries in Newfoundland. They found that bigger and more complex biomes were initially more resilient than small, biologically simpler systems. However, once the former hit a tipping point, they collapse relatively faster because failures repeat throughout their modular structure. Based on their statistical analysis, the authors estimate an ecosystem the size of the Amazon (approximately 5.5m km2) could collapse in approximately 50 years once a tipping point had been reached. (The Guardian)

The UK Government can deliver an 85 percent increase in renewable and clean technology jobs in a decade, a new report from the Association for Renewable Energy (REA) has found. Employment in the renewables and clean technology industry could grow to 238,000 by 2030 if the UK Government can implement more enabling green policies. The REA estimated that up to 140,000 jobs across solar, wind, storage and electric vehicle (EV) charging markets could be added, alongside an additional 100,000 bioenergy jobs. The REA is calling for the Government to deliver a “comprehensive decarbonisation strategy” for the net-zero ambition, which would include more effective taxation systems that promotes renewable energy and clean technologies. Of the potential new jobs, the report found that 46,000 jobs are expected to be in the north of England, which is currently home to a number of carbon-intensive job clusters. Research suggests that Net-Zero Teesside will deliver £450m in annual benefits to the area and support up to 5,500 direct jobs. (Edie)

British supermarket chain Iceland has posted an update to its commitment to remove all plastics from own-label product packaging by 2023, revealing that it now uses 29 percent less plastics in these applications than it did in 2018. For example, 74 frozen ready-meals have been moved from hard-to-recycle black plastics trays into cardboard alternatives. Additionally, Iceland has engaged almost 100 of its own-label suppliers for plastics removal across all lines. The supermarket has also provided with training to ensure that plastic removal does not result in unintended consequences such as food waste. All in all, Iceland claims it has reduced its annual plastics packaging use by 3,794 tonnes since 2018. Yet, the update from Iceland comes on the same day that Green Alliance published its latest policy analysis into plastics packaging concluding that the UK Government’s ban on unnecessary single-use plastics could inadvertently triple the carbon emissions associated with packaging. (Edie)