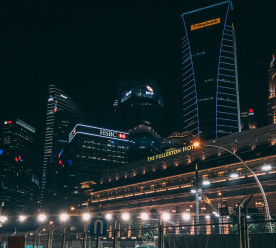 Many of the City of London’s biggest financial institutions are making alternative working arrangements for its employees to combat the spread of the coronavirus. On Monday, UK-based staff of the multinational investment bank JPMorgan were being temporarily moved to a different office, while investment bank Goldman Sachs sent around 200 employees to a site in South London to ensure the systems worked effectively. Last week, banking group HSBC sent home more than 100 staff from its offices. The move came after one staff member, who returned from travelling and was diagnosed with the Covid-19 virus. Regulator the Financial Conduct Authority (FCA), says it doesn’t have an issue with staff working from backup sites or even from home, so long as certain standards are met. However, owing to the nature of some financial services work, alternative working arrangements are not possible for some, such as traders and salespeople relying on the trading floor. (BBC)

An investigation has linked the world’s biggest meat company JBS and rival Marfrig to a farm owned by a man implicated in the killing of nine rural workers in Brazil. The report by news site Repórter Brasil comes as JBS faces growing pressure over transparency failings in its Amazon cattle supply chain. On 19 April 2017, nine men were murdered in what became known as the “Colniza massacre”. The men had been squatting on remote forest land in the state of Mato Grosso. Government sanitary records seen by Repórter Brasil show that 143 cattle were sold by the Três Lagoas and Piracama farms to a farm owned by Maurício Narde on 9 May 2018. Minutes later, Narde’s farm sold 143 animals to a JBS meatpacker. The quick sale of the cattle suggests what environmentalists call “cattle laundering” – when cattle from a farm that has environmental issues sells cattle to a “clean” farm. This gets around monitoring systems because meat companies including JBS do not monitor these “indirect suppliers”. (Guardian)

Jobs boom in stewardship and sustainable investing teams
The world’s biggest asset managers have embarked on a hiring spree across their stewardship and sustainable investing teams, as fund houses tap into growing demand for environmental, social and governance investing. The number of people in the stewardship teams of the leading fund houses have almost doubled between 2017 and 2020, according to data compiled by the Financial Times. Stewardship teams typically oversee discussions on issues from executive pay to environmental disclosures. The figures show that big asset managers have an average of 21 people working in stewardship, although this varies significantly across the sector from 47 at the investment giant BlackRock, which has $7.4 trillion in assets under management, to just three at Northern Trust Asset Management, part of the US custody bank. Figures from research company Cerulli Associates show that more than two-thirds of investors under 30 prefer their investments to have a positive social or environmental impact. (Financial Times)*

The UK cannot go climate neutral much before 2050 unless people stop flying and eating red meat almost completely, a report says. However, it is argued that the British public do not look ready to take such steps and substantially change their lifestyle. The claims come from the government-funded research group Energy Systems Catapult, whose computer models are used by the Committee on Climate Change. Its report says: “A number of groups have called for net zero to be accelerated to 2025, 2030 or 2040. “Achieving net zero significantly earlier than 2050 in our modelling exceeds even our most speculative measures, with rates of change for power, heat and road transport that push against the bounds of plausibility.” But the authors did calculate that the UK can cut emissions fast enough to be climate neutral by 2050 if ministers act much more quickly to invest in three key technologies: carbon capture and storage with bioenergy crops; hydrogen for a wide variety of uses; and advanced nuclear power. (BBC)

UK water company Anglian Water has unveiled plans to install an 11.6MW solar array at one of its key operational sites, as part of its plan to become a net-zero business by 2030. The 42,000-module solar array will be installed at the firm’s Grafham Water site in Cambridgeshire, this year. It will be built on operational land owned by Anglian Water that is not open to members of the public. Once it comes online, the array will generate enough electricity to meet at least 26 percent of the site’s annual demand. Anglian Water estimates that this will reduce its annual Scope 2 CO2 emissions for the site by 3,500 tonnes. The move forms part of Anglian Water’s broader commitment to become a net-zero business by 2030, made under a sector-wide pledge also signed by water service companies United Utilities and Yorkshire Water. The sector-wide net-zero commitment binds signatories to not only invest in renewable energy, but to support nature restoration and conservation projects that sequester carbon and boost biodiversity. (Edie)

Street light during night time by Shawn Ang on Unspash