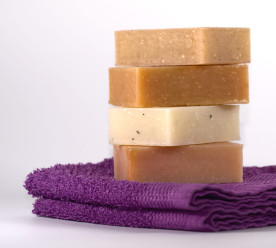 Cosmetics chain Lush is opening its doors for passers-by to walk in and wash their hands for free as government advice flags better basic hygiene as a way to help prevent the spread of coronavirus. Posters are going up in the ethical beauty chain’s windows advertising what it says is a public service. Those taking advantage of its sinks will be given soap to use and are under no obligation to purchase from the store. The retailer said strict measures to contain the virus had hit sales in Asian markets such as Hong Kong, Korea and Japan, Lush’s second biggest market after the UK. Lush said shopper numbers had fallen sharply in its stores in northern Italy, where the country’s outbreak of the virus is centred. Lush said public alarm surrounding Covid-19 was an opportunity to highlight the role of basic hygiene in minimising the spread of viruses, whether flu or coronavirus. (The Guardian)

The Federal Communications Commission in the U.S. is set to propose about $200 million in fines against four major cellphone carriers for selling customers’ real-time location data, according to those briefed on the discussions. The penalties would be some of the largest the agency has imposed in decades and represent the first action it has taken on the issue, though privacy advocates and critics in Congress say even that response is inadequate. The amount is not final, and the companies — AT&T, Sprint, T-Mobile and Verizon — will have the opportunity to respond and argue against the fines. The trade in location data has emerged as a sensitive privacy issue because it affects hundreds of millions of people and can reveal intimate details about their lives, including personal relationships and visits to doctors. Sale of the data is widespread among app makers and other technology companies, but the telecommunications sector is subject to more stringent laws protecting customers’ confidentiality. (The New York Times)

Coke and Pepsi sued for creating a plastic pollution ‘nuisance’

Coke, Pepsi, Nestlé and other large companies are being sued by a California environmental group for creating a plastic pollution “nuisance” and misleading consumers about the recyclability of their bottles. The lawsuit, filed by the Earth Island Institute, argues that companies that sell plastic bottles and bags that end up polluting the ocean should be held accountable for damaging the environment. The group says a significant amount of the eight to 20 million tons of plastic entering the Earth’s oceans annually can be traced back to a handful of companies, which rely heavily on single-use plastic packaging. Ten companies were found to be top producers of the plastic collected in beach cleanups in an international audit conducted last year with the group Break Free From Plastic. As well as Coke, Pepsi and Nestlé, companies included Mars, Danone, Mondelez International and Procter & Gamble. (The Guardian)

Energy company Drax has announced it is planning to cease using coal at its Selby power station in North Yorkshire in March 2021, bringing half a century of coal-fired power generation to an end next year at the UK’s largest power station. The decision comes years ahead of the UK government’s national deadline to stop using the high-carbon fuel and forms part of Drax’s commitment to go from being the UK’s single largest source of carbon emissions to being carbon negative by 2030. To do so, the company is pivoting from its previous reliance on coal power to a mix of biomass, gas, and battery storage technologies. Over the last decade, four of the power station’s six generating units have been converted to use sustainable-certified biomass, delivering carbon savings of more than 80 percent compared to coal use. The transition has transformed Drax to become the UK’s largest renewable power generator. (Business Green)

Visual media archive Getty Images has this week launched an innovative new approach to understanding consumer priorities on key issues such as sustainability and technology using visual imagery. The new system, called ‘Visual GPS’, combines insights and analysis from the company’s own “expert creative visual team” with search data from the firm’s photo archive and external research from YouGov. Getty compiled the first outputs from this new research tool in a report, published this week. The report finds a striking disconnect between intention and action around sustainability, highlighting a fundamental tension between convenience and embracing environmentally-friendly practices. Of over 10,000 people surveyed, 92 per cent said they believe the way we treat the planet today will have a significant impact on the future. But 48 per cent said that while they should care more about the environment in their purchasing habits, for them, convenience takes priority. (Business Green)