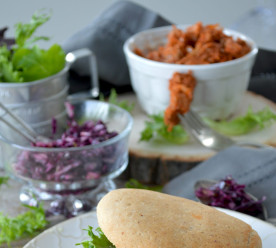 UK meat-substitute brand, Quorn, is to become the first major company to introduce carbon labelling on its products. The new labels, aimed at helping consumers understand the environmental impact of their shopping, will start appearing on some products from June and on the entire Quorn range by next year. From Thursday, the “farm to shop” carbon footprint data, certified by the Carbon Trust, will be available online for Quorn’s 30 best-selling products. Quorn claims to be the first meat-free food manufacturer to achieve third-party certification of its carbon footprint figures, which is being integrated into its own food labelling. It says that in 2018 its products enabled savings of 200,000 tonnes of CO2 equivalent, compared with meat.

Quorn’s decision to label food with its carbon footprint, is a smart move to tap into the growing consumer consciousness of the impact of purchasing decisions. From a brand point of view, Quorn has reason to shout about its environmental credentials. As research continues to argue for reduced meat intake to tackle the climate crisis, the greenhouse gas impact of mycoprotein – the fungi-based protein used in Quorn products – is 90% lower than beef.

Given the rise of eco-consumerism, empowering customers to easily make informed choices on low-carbon products seems long overdue, particularly when compared with the long-standing approach of “traffic-light” nutrition labelling. But in terms of driving positive environmental impact, Quorn’s carbon labelling works only if replicated by others. Nearly a decade ago Tesco pledged to carbon label its products – a move that would have held significant influence across a large audience and hundreds of products. However, plans were dropped owing to other retailers failing to follow suit. Today, voluntary uptake of carbon labelling remains highly unlikely, particularly for those that would come off unfavourably against the likes of Quorn. But in the context of the conscious consumerism of 2020, Quorn’s carbon labelling may just be a tipping point that others will replicate.