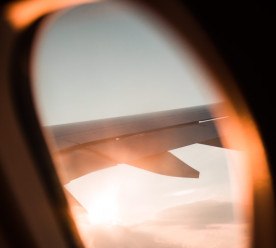 British Airways, EasyJet and others commit to offsetting flights

British Airways (BA) has launched a new initiative to carbon offset all the flights it operates within the UK. This follows the move by easyJet to offset all jet fuel emissions, becoming the world’s first major airline to operate net-zero carbon flights across its entire network. Earlier this month, JetBlue Airways also announced plans to go carbon-neutral on all domestic flights starting in July, a first for a major US airline. This plan involves both the reduction of its flights’ overall carbon emissions, and investing in 17 billion pounds of carbon offsets each year. Multiple other airlines are also starting to make pledges to make their flights more sustainable, including Delta Air Lines, Air France, Etihad and Lufthansa.

As more airlines commit to offsetting, critics point to the disconnect between the source of emissions and where the carbon is sequestrated, and the ethical debate as to whether offsets merely legitimise wealthy polluters to keep a business-as-usual approach without fundamentally changing behaviour.

A year on from the coining of the term “flight shame”, the decision by multiple airlines to set offset commitments reflects a consumer demand for lower footprint travel. However, as more companies come forward with offset commitments, it also reflects the power of competition in catering for those demands. While the “race to the top” so far has been narrowly focused on offsets, most airlines have described these plans as “interim measures”, indicating larger changes to come. Potentially, this is a signal that heavily polluting industries are beginning to consider more dramatic changes.