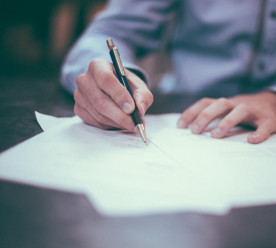 This month, the CEO of the world’s largest asset manager, BlackRock’s Larry Fink, warned companies that climate change is creating “a fundamental reshaping of finance”. The message, delivered through Fink’s annual letter to CEOs, calls for companies to act on climate change while also promoting greater disclosure of climate-related risks. Looking to demonstrate its own commitments in this area, BlackRock’s address to clients announced a number of initiatives to put sustainability at the heart of its investment approach. This includes exiting investments that present a high sustainability-related risk, such as thermal coal producers, and launching new investment products that screen fossil fuels.

The letters come at a time when the company faces mounting pressure from activists on its investments. For all its purported sustainability awareness, BlackRock continues to hold investments in fossil fuel companies BP, Shell and ExxonMobil, and has been labelled the “world’s largest investor in deforestation” for its shares in companies operating in the Amazon rainforest. The company has also repeatedly voted against shareholder resolutions brought by Climate Action 100+, an investor action group pressuring companies to reduce emissions, of which BlackRock is now a member. Understandable then that Fink’s statements are open to criticism.

But while it is easy to call out the disconnect between intent and action, it should not entirely denigrate the message. BlackRock has a total of nearly $7 trillion of assets under management, and using its platform to make calls for climate action is undeniably influential. The letters should therefore be welcomed as part of the wider movement towards a sustainable economy. The challenge is for such calls for climate action to be backed up with meaningful action.