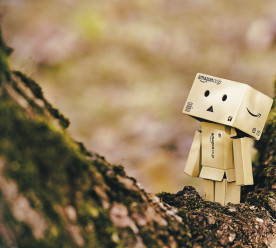 A group of employees from the global e-commerce giant, Amazon, has said the company threatened to fire workers who spoke out on environmental issues. The group, Amazon Employees for Climate Justice, has called on the company to achieve zero emissions by 2030, limit its work with fossil fuel companies, and stop funding for politicians and lobbyists who deny the existence of climate change. However, members have been told that they were in violation of the Amazon’s policies on employees making public comments about the company. In a Twitter post, the group said some employees had been contacted by Amazon’s legal and human resources teams and questioned about public comments they had made. The statement went on to say: “Some workers then received follow-up emails threatening termination if they continue to speak about Amazon’s business.” In a statement, Amazon said the policy had recently been updated “to make it easier for employees to participate in external activities such as speeches, media interviews, and use of the company’s logo.” (BBC)

Hundreds of millions of pounds are being spent on “fake apprenticeships” in the UK to take advantage of the apprenticeship levy, according to a report by thinktank EDSK. The report accused employers and universities of abusing the current system by using apprenticeship funding for “team leader/supervisor” courses for experienced staff, accounting for almost one in 10 apprenticeships. Since the levy was introduced, the proportion of young people starting apprenticeships has fallen, especially in entry-level apprenticeships, while there has been a rise in the number who were already working for their company before being designated as apprentices. The report also accuses several universities, including Durham and Imperial College, of creating “academic professional apprenticeships” to fund training of their own highly-qualified academic staff. Mark Dawe, chief executive of the Association of Employment and Learning Providers, responded by stating that the “apprenticeships are essential for sectors such as construction and social care which will help galvanise the left-behind regions.” (The Guardian)

Artificial intelligence programmers have developed robots that can identify digital bullying and sexual harassment. Known as “#MeTooBots”, the bots can monitor and flag communications between colleagues and are being introduced by companies around the world. The platform created by Chicago-based AI developer NexLP AI is now being used by more than 50 corporate clients, including law firms in London. The bots use an algorithm trained to identify potential bullying, including sexual harassment, in company documents, emails and chat. Data is analysed for various indicators that determine how likely it is to be a problem, with anything the AI reads as being potentially problematic then sent to a lawyer or HR manager to investigate. However, an underlying issue identified is that AI can only reliably conduct basic story analysis, meaning it is taught to look for specific triggers. It cannot go beyond that parameter and cannot pick up on broader cultural or unique interpersonal dynamics. This means the bots risk leaving gaps or proving oversensitive. (The Guardian)

Sulphur will be cut drastically from global shipping transport fuels in 2020, in a move that should reduce some forms of air pollution. Under rules brought in by the International Maritime Organisation (IMO) ships will only be allowed to use fuel oil with a very low sulphur content, with almost all shipping around the world expected to comply or face penalties. The new regulations are aimed at reducing sulphur emissions, which can cause acid rain and other forms of air pollution. It is also hoped that the costs of cleaning up sulphur may spur shipping companies to become more efficient in their fuel use more widely, helping to cut greenhouse gas emissions further. Moving to cleaner fuels could add to costs which may be absorbed throughout the manufacturing and transport supply chains. The energy analyst firm Wood Mackenzie has stated that the knock-on effect from the cap on sulphur emissions could also lead to a rise in the price of flights. (edie)

Violence associated with water supply has surged in the past decade driven by attacks on civilian water systems in Syria’s civil war and increasing disputes over supplies in India, according to a comprehensive database of conflicts linked to the vital resource by the thinktank Pacific Institute. Recorded incidents of water-related violence have more than doubled in the past 10 years compared with previous decades. The trend illustrates the tension resulting from dwindling supplies of fresh water in many parts of the world as a result of population growth, poor management of resources and extreme weather events linked to the climate crisis. However, some of the overall increase in water-related violence could be attributable to the fact that advances in connectivity have made it easier to report incidents than it was before. Peter Gleick, the founding president of the Pacific Institute, stated that “the evidence is clear that there’s growing violence associated with fresh-water resources, both conflicts over access to water and especially attacks on civilian water systems”. (The Guardian)