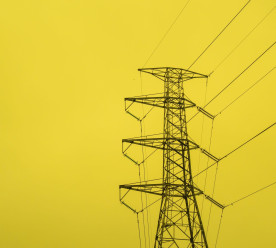 Californian utility giant Pacific Gas and Electric (PG&E) has agreed a $13.5 billion settlement with victims of wildfires in the state. The company’s equipment has been linked to several blazes, including the deadliest and most destructive wildfire in state history, 2018’s Camp Fire. PG&E filed for bankruptcy this year and has already settled with insurers and local authorities. The agreements should allow the firm to emerge from bankruptcy. There have been 4 deadly blazes which the settlements relate to, with investigators placing blame on PG&E transmission lines: The 2018 Camp Fire, the 2017 Northern California wildfires, the 2016 Ghost Ship Fire and the 2015 Butte Fire. Taken together, these fires killed over 150 people and destroyed thousands of structures. PG&E President Bill Johnson said since entering the bankruptcy process “getting wildfire victims fairly compensated, especially the individuals, has been our primary goal. We want to help our customers, our neighbours and our friends in those impacted areas recover and rebuild after these tragic wildfires,” he said. (BBC)

UK supermarket Tesco has committed £10 million over the next five years to fund a new initiative to transition to producing deforestation-free soy in the Cerrado region in Brazil. Tesco, along with animal nutrition business, Nutreco, and Grieg Seafood have pledged to support soy farmers in the region, where around 50 percent of the natural landscape is believed to have been lost since 2000. The funding will assist farmers to protect native vegetation and to eventually only produce soy on existing agricultural land. Tesco has called on other firms to commit to the initiative and has also invited the Brazilian soy industry to lead the development. A joint report from WWF and RSPB concluded that the Cerrado region, which once covered a quarter of Brazil, loses a London-sized area of forest every two months as global demand for products including cocoa, palm oil and soy increases. (edie)

More than 3,000 Uber passengers reported sexual assaults in 2018, the ride-sharing company revealed in its first-ever safety report. Nine passengers were murdered, and 58 riders were killed in crashes last year, the ride-hailing company’s report said. These incidents, which include 229 rapes, represent just a fraction of the more than 1.3 billion rides Uber facilitated in the US in the past year, but they come at a time when the company is increasingly under scrutiny for worker and rider safety conditions. In 2017, the company counted 2,936 reported sexual assaults during 1 billion US trips. Uber bases its numbers on reports from riders and drivers, meaning the actual numbers could be much higher. Sexual assaults commonly go unreported. The company noted that drivers and riders were both attacked, and that some assaults occurred between riders. At an October hearing, a House committee called on Uber and its rideshare competitor Lyft to improve safety measures and improve background check processes. (The Guardian)

Corporate supply chains could deliver a gigaton of carbon savings

Greenhouse gas emissions from corporate supply chains are on average 5.5 times higher than the direct emissions attributed to big businesses, according to a new analysis by CDP that underscores the huge potential for blue chips to drive carbon savings through their global supply chains. Researchers at the investor-backed non-profit research organisation scrutinised data from almost 7,000 suppliers to 125 major corporate buyers, including Walmart, BT Group and L’Oréal, which together boast an annual combined procurement spend of $3.6 trillion. It found that companies have huge potential to use their purchasing power to encourage suppliers to switch to greener practices, such as using more renewable power. The report found that suppliers to the large corporates analysed purchased an average of 11 percent of their total electricity from renewable sources. It calculates that increasing suppliers’ share of renewables to an average of 31 percent of their power use would cut a gigaton of greenhouse gas emissions in one year – the equivalent to the 2017 fossil fuel CO2 emissions of Brazil and Mexico combined. (Business Green)

Oxygen in the oceans is being lost at an unprecedented rate, with “dead zones” proliferating and hundreds more areas showing oxygen dangerously depleted, as a result of the climate emergency and intensive farming, experts have warned. Sharks, tuna, marlin and other large fish species were at particular risk, scientists said, with many vital ecosystems in danger of collapse. Dead zones – where oxygen is effectively absent – have quadrupled in extent in the last half-century, and there are also at least 700 areas where oxygen is at dangerously low levels, up from 45 when research was undertaken in the 1960s. The International Union for the Conservation of Nature presented the findings on Saturday at the United Nations climate conference in Madrid, where governments are halfway through tense negotiations aimed at tackling the climate crisis. Grethel Aguilar, the acting director general of the IUCN, said “The potentially dire effects on fisheries and vulnerable coastal communities mean that the decisions made at the conference are even more crucial.” (The Guardian)