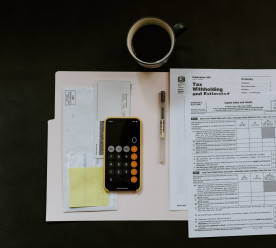 The Global Reporting Initiative (GRI), a widely adopted sustainability reporting framework, has developed the ‘Tax Standard’, the first global standard for comprehensive tax disclosure at the country-by-country level. It supports public reporting of a company’s business activities and payments within tax jurisdictions, as well as their approach to tax strategy and governance. Major investors, civil society groups, labour organizations and other stakeholders have all signalled their backing for the Tax Standard, as it will help address their growing demands for tax transparency. The Tax Standard has been developed in response to concerns over the impact tax avoidance has on the ability of governments to fund services and support sustainable development, and to give clarity on how much companies contribute to the tax income of the countries where they operate. Fiona Reynolds, CEO of Principles for Responsible Investment (PRI), welcomed the new standard stating that “tax avoidance is a leading driver of inequality and as such a responsible approach to tax by business is essential”. (GlobeNewswire)

New app predicts water-related conflict up to year in advance

Conflicts over water are likely to flare up in Iraq, Mali and India in the coming year, according to the developers of an app launched this week which aims to help prevent violence by flagging up potential flashpoints. The tool will enable governments and others, including development and disaster response experts, to intervene early to defuse conflicts, according to the Water, Peace and Security (WPS) partnership which is behind the app. It uses machine learning to pinpoint conflict risks on the basis of more than 80 variables going back 20 years. This includes data on precipitation and droughts from satellite sources, and socio-economic and demographic data on everything from population density to past patterns of violence. The WPS Global Early Warning Tool has been trialled in Mali where water scarcity is a factor in violence between Dogon farmers and Fulani herders. U.N. data shows a quarter of the globe is using water faster than natural sources can be replenished.  (Thomson Reuters Foundation)

Ford and McDonald’s to turn coffee waste into car parts

Waste coffee from McDonald’s is to be turned into new, lightweight car parts under a new partnership announced this week between the fast food giant and the carmaker Ford. Researchers from the two companies found that coffee chaff – the dried skin on the bean that naturally comes off during the roasting process – can be converted into a durable material to reinforce vehicle parts, such as headlamp housing. By heating the chaff to high temperatures under low-oxygen, mixing it with plastic and other additives and turning it into pellets, the material can then be formed into various shapes. The innovation will help make Ford car parts about 20 percent lighter and provide up to 25 percent energy savings during the moulding of parts. Ford and McDonald’s said that the partnership would see a “significant portion” of the fast food chain’s coffee chaff in North America incorporated into vehicle parts but was not clear if the idea would be rolled out globally. (Business Green)

The Co-operative Bank has agreed to formally recognise a customer “union” which aims to protect the bank’s ethical policies now it is owned by hedge funds. The Customer Union for Ethical Banking said the agreement would give it influence with the Co-operative Bank’s leadership and help the group rally support for its long-term goal of returning the lender to cooperative ownership. The union grew out of the ‘Save Our Bank’ campaign, which formed following the bank’s near collapse in 2013. That year, the bank revealed a £1.5 billion hole in its accounts and had to be rescued by hedge funds. Ryan Brightwell, one of the union’s directors, said the union had put pressure on the bank and ensured it stayed true to its ethical roots. He also noted that the union is also hoping to bring the bank back under cooperative control, stating that “hedge funds typically don’t stick around for the longer term”. (The Guardian)

A coalition of more than 40 investors collectively representing upwards of €6 trillion of assets under management has written to all EU heads of state, urging them to set legislation in line with net-zero by 2050 or sooner. In an open letter sent to the European Commission and to the heads of state of each Member state, the group, called the Institutional Investors Group on Climate Change (IIGC), urges readers to set new climate legislation in line with the IPCC’s findings on global warming. In its landmark report last year, the body concluded that limiting the global temperature increase to 1.5C would require global carbon emissions to reach net-zero by mid-century. The IIGC’s letter states that the “necessity and benefits of the adoption of a net-zero target are clear”, claiming that the creation of a low-carbon economy across the EU would deliver a 2% increase in GDP across Member States by 2050 and spur the creation of 2.1 million new jobs. (edie)