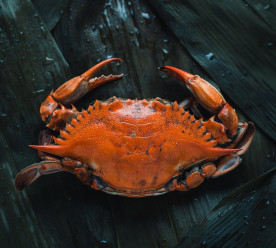 Efforts to protect Thai seafood workers from labour exploitation and modern slavery risk stalling as most international brands and retailers refuse to pay their suppliers more to comply with new anti-slavery policies, researchers have said. Thai seafood suppliers are struggling with rising production costs as they seek to improve labour conditions and meet new anti-slavery laws and regulations, with little or no financial help from big buyers, found a study by rights group Praxis Labs. The anti-slavery group The Freedom Fund co-funded the study based on the policies and actions of 28 companies. Thailand has recently sought to clean up its multi-billion-dollar fishing industry after investigations revealed widespread abuses and the European Union threatened to ban imports from the country. New laws that tackle human trafficking and the treatment of migrant workers have been introduced but the report said that complying with new laws and regulations has increased production costs, while most international buyers were refusing to increase their prices. (Thomas Reuters Foundation)

Tech giant Google will increase its efforts to develop and scale up new technologies that tackle plastics waste and pollution, after joining the Ellen MacArthur Foundation‘s New Plastics Economy initiative. The initiative aims to create a “new normal” for plastic packaging to ensure 100 percent of plastic packaging can be reused, recycled, or composted by 2025. It has garnered the support of more than 400 actors across the plastics value chain, from national governments to investors, consumer goods giants including Unilever, Nestle and PepsiCo and retailers such as Walmart. Google’s circular economy lead Mike Werner said its role will be to support partaking businesses to redesign packaging and pilot new product delivery models. This support will be given in the form of tech, in-person training and advice and financing to sponsor research. Google has additionally committed to using its technology to support the global market for recycled plastics and has co-developed a guide with Closed Loop Partners detailing how businesses can support the plastics recycling sector. (edie)

Peloton exercise bike ad mocked as being ‘sexist’ and ‘dystopian’

A Christmas advert from exercise bike company Peloton has been widely criticised on social media as being “sexist”, “out of touch”, and even “dystopian”. The ad, which has been viewed more than a million times on YouTube, sees a woman receive an exercise bike for Christmas from her husband. She then records her workouts over the following year in a vlog and presents it to him as a way of saying thank you. “A year ago, I didn’t realise how much this would change me,” she says. The criticism knocked the company’s shares, which closed more than 9% lower on Tuesday. Some people complained it is sexist for a man to give his wife an exercise bike for Christmas, as it suggested he wanted her to lose weight. Others noted that – despite claims the bike has “changed” her – the already slim actress who plays the main character looks the same. Some also said the ad had a dystopian vibe and compared it to a horror film. (BBC)

International energy drinks company Red Bull has installed air filtration devices into a fleet of new cars operating in central London to protect drivers from pollution. This follows new research findings that in-car air quality in the region can be up to four times higher recommended safety limits. Red Bull has installed air filtration technology from Airlabs in 21 Skoda Scala cars, which will be driven in central London and across the UK by trade sales teams. The company claimed that Red Bull will reduce average nitrogen dioxide – a harmful particulate – NO2 concentration levels for their drivers in central London to almost a quarter of the World Health Organisation limits. In-car levels of NO2 – which has been linked to decreased lung function in school children, as well as lung cancer and respiratory problems – can be up to 70 percent higher than for pedestrians, Airlabs claimed. Airlabs’ Airbubbl technology can remove up to 95 percent of harmful particulate matter and gases from inside a vehicle. (edie)

Iceland puts well-being ahead of GDP in budget