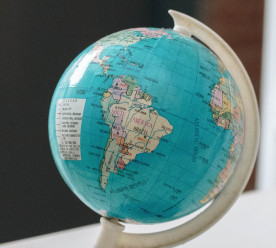 Christopher Hohn’s activist hedge fund TCI has outlined plans to punish directors of companies that fail to disclose their carbon dioxide emissions in a move that underlines rising investor concerns over climate change and the pressure on boardrooms to respond. TCI has warned Airbus, Moody’s, Charter Communications and other companies that they must improve their pollution disclosure or face votes against their directors. TCI also called for asset owners to fire fund managers that did not insist on climate transparency. The decision by TCI comes as investors are becoming increasingly concerned about how climate risks will impact their portfolios. However, none of the world’s major financial centres have made climate risk disclosure mandatory. The news comes ahead of UN climate talks in Madrid this week, and as Bank of England Governor Mark Carney, a strong advocate for more climate risk disclosure, announced he would take up a new post as UN envoy for climate action and finance from February. (Financial Times*)

Tesco, Sainsbury’s, Asda and the UK’s largest asset manager are among 67 major companies and investors who have written to Brazil’s far-right president, Jair Bolsonaro, urging his government to stop further deforestation of the Amazon for soy production. The preservation of the Amazon rainforest, a vital sink for carbon dioxide, is widely considered by scientists and activists to be a priority in responding to the climate crisis. However, the Brazilian soy farmers’ association Aprosoja has mounted a campaign to end a voluntary ban on trading crops harvested from newly cleared land. Aprosoja has claimed to have the backing of Bolsonaro, who has come under heavy international criticism as he advocated increased economic development of the Amazon even as vast fires burned swathes of rainforest during the summer. The letter to the Brazilian government calls for the extension of the Amazon soy moratorium (ASM), a 2006 agreement signed by companies to prevent the use of new land to produce soy. Other signatories include Aldi, Morrisons, Iceland and Marks & Spencer. (The Guardian)

Disabled people continue to face prejudice in the UK workplace campaigners have said, after latest government figures showed they were paid on average 12.2 percent less than those without impairments, equivalent to £1.48 an hour. According to Office for National Statistics (ONS) data, the median pay for disabled employees in 2018 was £10.63 an hour, compared with £12.11 an hour for their non-disabled counterparts. The disability pay gap was widest for people classified as having a mental impairment – defined by the ONS as depression and anxiety, mental illness, nervous disorder, epilepsy or learning disability. James Taylor, head of policy and public affairs at the disability equality charity Scope, noted that “the disability pay gap is a damning symptom of disabled people being hindered in the world of work”. Jill Miller of the Chartered Institute of Personnel and Development said “businesses that aren’t inclusive, and don’t manage health and disability effectively, risk missing out on hard-working and talented individuals”. (The Guardian)

The FBI said the FaceApp face-editing tool went and other mobile applications developed in Russia pose a “potential counterintelligence threat”. The statement by the FBI was made in a letter addressed to US Senator, Chuck Schumer, in which the law enforcement afency also said it would act if it found any evidence of foreign political meddling through the application. The app in question was developed by Wireless Lab, a company based in St Petersburg. The company has continued to state that it does not permanently store images or collect troves of data. It comes amid wider scrutiny of foreign technology products in the US. Recently, lawmakers have taken aim at TikTok, a video-sharing platform owned by China’s ByteDance. Schumer continues to request that “the intelligence community conduct an assessment of the national security risks posed by TikTok and other China-owned content platforms in the US”. (BBC)

The Climate Group, a not-for-profit organisation, has received more than double the number of corporate signatories first expected to its RE100 scheme. Its insight report reveals that RE100 membership grew by one-third to surpass 200 businesses for the first time in 2019, with new additions over the past year having included intu, The City of London Corporation and Barclays. The group found that the average target-date for 100 percent renewables stands at 2028 and that one in three partaking companies are already using renewables to meet more than 75 percent of their annual energy consumption. However, they also found that member companies are beginning to struggle with price rises in markets such as China and Russia. Nonetheless, the report states RE100 members are keen to seek opportunities rather than being deterred by challenges. It found that 50 percent of members plan to use their influence to push stakeholders including policymakers, regulators and utilities for a faster transition to a clean energy system in 2020. (edie)