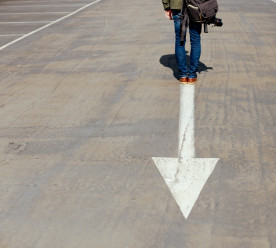 The British Academy has published an international study, Principles for Purposeful Business, which looks into establishing a ‘problem-solving’ form of capitalism. It proposes reforms to corporate law, finance and investment, among other areas, to enable business to be a force for good and avoid harm. The research demonstrates how well-designed, well-regulated markets can encourage firms to prioritise social purpose over profit and shareholder value. The research is part of the Future of the Corporation programme, led by Prof Colin Mayer CBE FBA (Saïd Business School) at the British Academy. The programme is a major research and engagement piece which examines the purpose of business and its role in society. The report called for directors to take account of the communities in which they operate, and workers in their supply chain they do not directly employ, as a matter of course and not just when it benefits their shareholders as UK law currently stipulates. (British Academy; The Independent)

Massachusetts has adopted America’s toughest ban on the sale of flavoured tobacco and vaping products, including menthol cigarettes, in response to a rise in youth vaping and an outbreak of vaping-related serious lung injuries. Charlie Baker, the Republican governor, signed into law legislation passed by the state’s Democrat-controlled legislature earlier this month that also places a 75 percent excise tax on e-cigarettes. Several other states have recently adopted emergency bans on the sale of flavoured vaping products amid a nationwide outbreak of lung injuries among e-cigarette users and concerns about the growing popularity of the products among high school and middle school students. The American Cancer Society and the Campaign for Tobacco-Free Kids say Baker’s signature makes Massachusetts the first to enact a permanent state-wide ban. The Vapor Technology Association, a vaping industry trade group unsuccessfully challenged Baker’s earlier vaping sales ban but stated “bans don’t work; they never have”. (The Guardian)

The Indian supreme court has declared that state governments will have to pay their citizens compensation if they fail to provide clean air and water. The judges, who have been vocal in their condemnation of state governments who have repeatedly failed to address the issue, said people had the constitutional right to live free of pollution. The governments of Punjab, Haryana, Delhi and Uttar Pradesh were highlighted as those that should be responsible for compensating the millions living in Delhi’s toxic smog. This month Delhi has endured one of the worst periods of pollution on record, with a thick brown smog limiting visibility and causing burning eyes. The air quality index, which measures airborne particles, has regularly reached more than 10 times higher than the level deemed healthy by the World Health Organization. The Delhi government and the Central Pollution Control Board have also been asked to draw up plans for two “pollution towers” which would act as giant air purifiers. (The Guardian)

An alliance of big European companies, including Nestlé, Unilever and AB InBev, has called on Brussels to help them tackle the enormous carbon footprint of road freight by compelling EU truckmakers to mass produce zero-emission vehicles. An open letter to the European Commission’s newly installed president, Ursula von der Leyen, stated that “the current supply of electric trucks in Europe is unfortunately nearly non-existent, forcing us to build our own vehicles or initiate our own pilot projects”. Heavy-duty vehicles are accountable for about 5 percent of greenhouse gas emissions in the EU. The companies call for the upcoming “Green New Deal” to impose “ambitious and binding” sales targets for zero-emission vans and trucks over the next decade. The call underscores the challenges faced by companies that have pledged to cut their emissions to net zero but lack the tools to achieve the goal and often operate in countries with much laxer targets. (Financial Times*)

Swedish fashion giant H&M has backed a British biotech startup to develop a method of textile dyeing that taps into the bright colours of birds and butterflies and has micro-organisms recreate them on fabric. The process minimises the use of water and heavy chemicals in the dyeing process. Chief Scientific Officer of the Colorifix startup, Jim Ajioka said “we’re harnessing the ability of microbes in this case to be able to deposit and fix a pigment on to fabric,”. Common dyeing, with synthetic pigments, involves large concentrations of hazardous chemicals such as chromium and other heavy metal salts and consumes vast amounts of energy and water, with contaminated wastewater a big source of pollution. Colorifix said its method uses no hazardous chemicals and cuts water use by up to 90 percent depending on equipment, pigment and fabric, and is carried out at lower temperatures than common dyeing. Colorifix’s other backers include Swiss investment firm Challenger 88 and Cambridge University. (Reuters)

Image source: person standing on arrow sign on road by Smart on Unsplash.