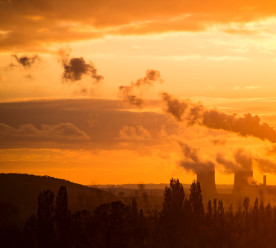 Countries will have to increase their carbon-cutting ambitions fivefold if the world is to avoid warming by more than 1.5C, the United Nations (UN) says. The annual Emissions Gap Report shows that even if all current promises are met, the world will warm by more than double that amount by 2100. Richer countries have failed to cut emissions quickly enough, the authors say. Fifteen of the 20 wealthiest nations have no timeline for a net zero target. Following the World Meteorological Organization‘s report on greenhouse gas concentrations, the UN Environment Programme (Unep) has published its regular snapshot of how the world is doing in cutting levels of these pollutants. The report says that emissions have gone up by 1.5 percent per year in the last decade. In 2018, the total reached 55 gigatonnes of CO2 equivalent. This is putting the Earth on course to experience a temperature rise of 3.2C by the end of this century. (BBC)

Major hotels in Britain are failing to protect workers from debt bondage and sexual exploitation, according to a study that found 75 percent of hospitality businesses were flouting anti-slavery legislation. Britain’s world-first 2015 Modern Slavery Act requires companies whose turnover exceeds 36 million pounds to produce an annual statement outlining the actions they have taken to identify and root out slavery from their operations. Yet more than two-thirds of large hotel companies have not disclosed any information about the risk of slavery in their supply chains, the human rights group Walk Free said, based on a sample selection of 71 major hospitality firms. Modern slavery poses a triple threat to the hospitality industry, from sex trafficking in hotel rooms to goods made via supply chains using forced labour and sub-contracted workers at risk of abuse. Less than one in ten of the 71 companies prohibited workers being charged recruitment fees that can lead to debt bondage, while only 14 percent reported specific policies to prevent the sexual exploitation of their staff, the research found. (Thomas Reuters Foundation)

IKEA to pump €200m into assembling a ‘climate positive’ business

Retail giant IKEA has announced a major cash injection into its ‘climate positive’ sustainability strategy, promising to spend a further €200 million on green energy, reforestation, and forest protection projects in order to curb the impact of its flatpack furniture business. By 2030 IKEA wants to remove more greenhouse gases from the atmosphere than it produces through the production and use of its goods – something it describes as a ‘climate positive’ goal. IKEA said it will invest in projects aimed at removing and storing carbon through reforestation and responsible forest management. It will also work with its direct suppliers to roll out more renewables for heating, cooling and power, targeting 100 percent renewable energy use across its supply chain by 2030. More than half of the company’s climate footprint comes from materials in its products and production processes, with wood one of the main materials IKEA relies on. Alongside reforestation, IKEA said it will work to restore degraded land in a bid to curb emissions. (Business Green)

Carmaker Audi is to cut 9,500 of its 61,000 jobs in Germany between now and 2025 to make more money available for electric vehicles and digital working. The cuts – which aim to save €6 billion – will be achieved through an early retirement programme. But the Volkswagen-owned firm also said its move into electric cars would mean the creation of up to 2,000 jobs. It comes less than a fortnight after Daimler said it would cut more than 1,000 jobs by the end of 2022. The car industry is facing a downturn in key markets, including China, as well as increased costs as it meets tougher European Union emissions regulations and the costly switch to electric vehicles. Audi saw falling sales, revenues and operating profits in the first nine months of 2019. Audi said it would continue to train young people and maintain its number of apprentices and student trainees over the next three years. (BBC)

Britain will take back 42 containers filled with plastic waste that had been illegally shipped to Malaysia, authorities have said. Malaysia last year became the world’s main destination for plastic waste after China’s ban on scrap imports disrupted the flow of more than 7 million tonnes of trash annually. However, Hundreds of containers of plastic waste have been held at ports across Malaysia, having arrived without the required permits. Malaysia had vowed earlier this year to send plastic waste back to the source country and get them to pay for the transportation costs. The 42 containers that the United Kingdom will take back had arrived at Penang Port between March 2018 and March 2019. Reuters reported last month that over 300 containers carrying plastic waste were being held at Penang, and some countries had agreed in principle to take back 200 of those. Authorities have stepped up scrutiny as residents complained of environmental damage. (Reuters)

Image Source: Trees and sky by Diana Parkhouse on Unsplash.