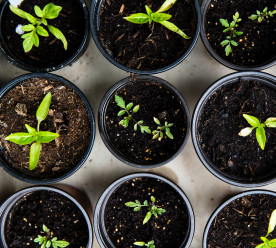 Ethical holiday rental website Fairbnb.coop has launched its reservations system offering travellers a chance to book in at city apartments that support community projects. The site aims to be a marketplace for “authentic, fair and conscious tourism” and promises to donate 50% of its commission to social projects selected by local residents. For example, in Amsterdam the booking fees will support a community gardening project and an urban agriculture project for migrant women, both in poorer parts of the city. The site currently has a small number of properties (rooms and whole apartments) in five pilot cities: Valencia, Barcelona, Amsterdam, Bologna and Venice, though the site plans to add more properties and cities across Europe over the coming months. The Fairbnb.coop idea originated to combat the negative affect of holiday rentals on neighbourhoods. This year Amsterdam was one of 10 European cities that wrote to the EU asking for help to counter soaring housing prices and the touristification of areas caused by the boom in short-term holiday lets. (The Guardian)

Formula 1 launches a plan to become carbon neutral by 2030

Formula 1 has launched a plan to become carbon neutral by 2030 with the intention to wipe out the carbon footprint of activity at race tracks, including road and air transport of staff and equipment to the events. F1 says it will “move to ultra-efficient logistics and travel and 100% renewably powered offices, facilities and factories” and offset emissions that cannot be cut. F1 said as a first step it would begin carbon-reduction projects immediately. It added that it will make all events “sustainable” by 2025, including eliminating single-use plastics and ensuring all waste is reused, recycled or composted. And in 2021, rules will demand that the petrol used in F1 has a biofuel content of at least 10%. F1 engines have a thermal efficiency rating of 50% whereas a road-car petrol engine is generally in the region of 30%. They also hope to work with the automotive industry to apply the lessons of F1’s engines to create “the world’s first net-zero carbon hybrid internal combustion engine”. (BBC)

Global retailers, including H&M, Esprit and Adidas, are facing scrutiny over cotton supplies sourced from Xinjiang, a Chinese region plagued by allegations of human rights abuses. China is one of the world’s top cotton producers and most of its crop is grown in Xinjiang. United Nations experts and human rights groups say China is holding more than a million Uighurs and other ethnic minorities in vast detention camps where they are made to learn Mandarin Chinese, swear loyalty to President Xi Jinping, and criticise or renounce their faith. China says those people are attending “vocational training centres” which are giving them jobs and helping them integrate into Chinese society, in the name of preventing terrorism. Japanese retailers Muji and Uniqlo attracted attention recently after a report highlighted the brands used the Xinjiang-origin of their cotton as a selling point in advertisements. Multiple high street retailers have said to be at the end of supply chains involving cotton products from Xinjiang, according to a Wall Street Journal investigation. (BBC)

Temasek sets 2030 target for its portfolio to halve greenhouse emissions

The Singapore state-owned Temasek Holdings, with assets totalling $376 billion, announced today that it aims to halve the greenhouse gas emissions of its entire portfolio by 2030. It will also report on its usage of water, paper, electricity and air miles starting this financial year – and its chief executive Ho Ching has asked other businesses to do likewise by the next financial year. To meet its 2030 ambitions, Temasek is pushing clean energy and ESG – initiatives. Last month, it said it was considering setting up a new unit to house renewable power projects as it increasingly eyes investments outside of fossil fuels. According to the Ms Ho, Temasek has been investing in solutions for a cleaner, cooler and more sustainable world, including plant-based proteins and better fertilisers. She adds that while global warming is a challenge that businesses cannot avoid, it’s also an opportunity for better business and the first step in reporting on electricity and transport consumption could be helpful to improve efficiencies, reduce cost, mitigate risks, or find new opportunities. (Business Times)

Assets managed in funds that promote socially-responsible investing are growing at an annual rate of 8.5 percent a year and set to reach $2.08 trillion by the middle of the next decade, as investors become more conscientious about where their money is put to work, according to PwC. ESG funds are among the fastest-growing areas in the investment world, with about $1.2 trillion of assets at the end of last year. Many investors want ESG principals in their funds as they believe it can generate superior financial performance by mitigating reputational, operational and financial risks, PwC said in a new global asset and management report. Their survey found that ESG is one of the top three priorities of investors, behind considerations over the macroeconomic and political issues and risk-return considerations, but ahead of fees. The research found that just as corporations’ ESG records are being scrutinised by analysts and rating agencies, it’s now a fundamental priority for big investment firms across the globe. (Irish Times)