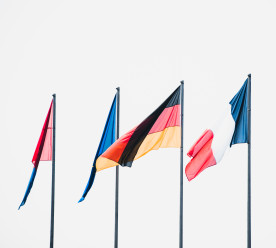 A preliminary text agreed by EU member states has called on the European Investment Bank (EIB), a multilateral development bank and the bloc’s top lender, to stop funding fossil fuel projects. The document was agreed by mid-ranking representatives of the EU’s 28 national governments, but still needs the green light from more senior diplomats. EIB figures show the bank funded almost € 2 billion of fossil fuel projects last year and € 13.4 billion worth since 2013. EU countries have long been divided over this matter with some supporting the move while others, like Germany, Italy, Poland and Latvia, wanting the EIB to keep funding some types of gas projects to help them move away from coal or nuclear power, or for energy security reasons. EU finance ministers are set to adopt the text on Friday, a week before the EIB board is due to discuss its energy funding policy. (Reuters)

More than 1,000 workers at tech giant Google have signed a public letter calling on their employer to commit to an aggressive “company-wide climate plan”, including the cancellation of contracts with fossil fuel firms and the halting of donations to climate change deniers. The letter, which is addressed to Google’s chief financial officer, Ruth Porat, also calls for Google to reach net-zero emissions by 2030 and for “zero collaboration with entities enabling the incarceration, surveillance, displacement or oppression of refugees or frontline communities”. The public campaign by Google workers follows similar efforts by employees of Amazon and Microsoft. According to Google’s annual environmental report, Google has been “carbon neutral” since 2007, and uses 100 percent renewable energy for its operations, but the company has also made large donations to more than a dozen organizations that have worked against climate action, as previously reported. Google has not officially responded but provided a link to Porat’s recent blog post on sustainability. (edie)

The London Stock Exchange (LSE) is to consider cutting 90 minutes of the trading day in a bid to improve mental health and attract more women and working parents to a high-pressure environment known for gruelling hours. The LSE made the announcement after City lobby groups sent a letter to nine exchanges, including Germany’s Deutsche Boerse and the Amsterdam-headquartered Euronext, urging them to adopt the proposal. The Investment Association (IA), which represents City firms that have £7.7 trillion in assets under management, and the Association for Financial Markets in Europe (AFME), said that the 8.5 hour European trading day was one of the longest in the world but did not deliver “material benefits to savers, investors or firms”. The IA estimates that the average trader works around 60 hours a week. The lobby groups said shorter hours would improve market structure and have “a significant positive impact on individual employees and our industry’s ability to attract a more diverse talent”. (The Guardian)

More women in tech but not at the top

Technology firms are hiring more women and narrowing the gender gap, a poll by Europe’s largest technology conference found, but female leaders said the multi-trillion dollar industry was still failing to put them in its boardrooms. A poll of 600 women in tech by the Web Summit showed 42 percent believed gender ratios had improved in the last year and one in three were “unsure” if representation was better. The findings from the conference suggested the sector is starting to respond to allegations last year of sexism at tech firms such as Facebook and walkouts by Google employees in response to claims of inequality and sexual misconduct. About 70,000 people from 163 nations attended the conference, whose organisers said the number of women attendees had risen to about 46 percent from 25 percent in 2013. However, Laurel Touby, who runs a New York-based venture capital fund, Supernode, noted that “until women are around the table making decisions, it really doesn’t matter that there are more of us”. (Thomson Reuters Foundation)

Coca-Cola has committed to collecting and recycling plastic bottles rather than switching to aluminium cans as the world’s largest soft drinks maker seeks to reduce its carbon footprint. Along with multinational rivals, including PepsiCo and Nestle, Coca-Cola had started offering recyclable aluminium cans as well as plastic bottles for some water brands as the industry reacts to public demand for action on plastic waste. CEO James Quincey said “We are not trying to engineer a strategic shift from plastic to aluminium,” and added that the firm was “focused on collecting” plastic, stating a collection rate of about 59 percent. Quincey stated that “a recycled PET bottle has a much lower carbon footprint than an aluminium can or a returned glass bottle”. Following from Coca-Cola’s pledge to collect and recycle a bottle or can for every one it sells globally by 2030, he said collecting and reusing bottles was a “better long-term answer” than switching to cans. (Reuters)

Image Source: row of five flags on poles by Joshua Fuller on Unsplash.